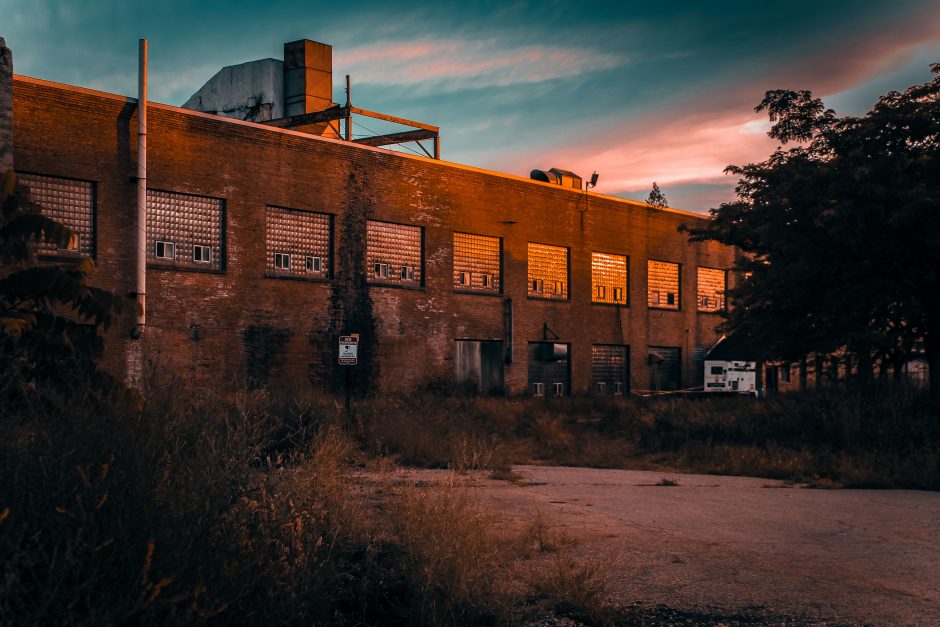 THE LIFE AND DEATH OF ARTHUR MILLER
or, Damnationem Vita et Humani Conditione

Fourteen days after Arthur Miller’s sixteenth birthday, both his parents were killed in an automobile accident when a drunken driver swerved into their lane as they returned home from a night at the theater. Their deaths occurred instantly, and to that effect, neither were able to be presented with an open coffin at their post-life nuptials. The last time Arthur saw his parents alive was in the moments following Sunday dinner, his mother in a dress, glowing, his father dressed handsomely, saying, “When you finally meet the woman who makes the world stand still, son, don’t ever quit doing for her what you did at the start. That way there will never be an end.”

Arthur clung to these words in the weeks that followed. He clung to everything his father said, for his father was the wisest person Arthur had ever known. The only compromise Arthur made against what he knew his father wouldn’t approve, was that immediately following the funeral, Arthur dropped out of school—postponed his education was the rationalization—to take up work at the local textile mill in order to afford residence in the house his parents had raised him in; to cover the cost of the burial; to pay for all the costs of living he never knew as a child, for his father had always provided. There was the phone bill, but only solicitors ever called. The electric company had to be paid, the town for taxes, the oil for the furnace, groceries; and the occasional article of clothing. The expenses were not great, he was alone after all, but as any sixteen-year-old forced to earn his way in the world can attest, it was not easy.

After several months, more so a year, Arthur settled into his new normal, rising with the sun during the summer months, before the sun in winter, grabbed his lunch pail which he prepared the evening prior, and walked to his post at the mill. In the summer, he finished in time to observe the sun set as he walked home to prepare his lunch for the following day. In the winter, it was dark as when he left for work in the morning. Day in, day out, Arthur became accustomed to the grind of existence.

In time, he was able to save enough money to purchase his first vehicle, a practical blue Chevrolet Caprice Classic, and taught himself to drive. Outsiders thought his choice morbid, as it was the same model car his parents had been killed in, but Arthur didn’t think so. He found two rubber bands and secured a picture of his parents to the visor above the driver’s seat. Every time he sat behind the steering wheel, he was reminded to treat the privilege of driving most seriously. And he did. Arthur always drove with his hands at ten-and-two. He checked his mirrors at regular intervals and physically turned to observe his blind spots whenever he changed lanes. The one thing he never did, obviously, was drink and drive. In fact, Arthur never touched a drop of alcohol in his entire life. He wasn’t a prude about it. Arthur wasn’t an evangelist of abstinence, he simply did not perceive any benefits to ingesting the liquid, and knew all too well, the devastating consequences.

As a young adult, mobile and employed, Arthur decided it time to complete his high school education and enrolled in a weekend program at the community college in the next town over. Monday to Friday he labored at the mill; Saturday and Sunday he attended classes. He did not mind the lengthening of his already long weeks, in fact, Arthur rather enjoyed the new endeavor, for soon into his program he developed an affection for his instructor, Ms. Annabelle Hastings, a conservative woman of only four years his senior. Her hair was golden as the fall harvest; her eyes as miraculous as the green flash of a perfect sunset. Nevertheless, being the son of his father, he did not act on his longings until he obtained his diploma.

When he finished his education, some full year later, he wasted no time in establishing a courtship with, then proposing to, and quickly marrying the woman who stood his world still. Their journey together was a fairy tale and, keeping with his father’s example, he treated her as his queen. Every Sunday Arthur would buy fresh flowers and, in the evening after dinner, would take her on a romantic date—and continued to do so even after Annabelle birthed their first and only son, Henry. If you do the things you did at the start of the relationship, there will never be an end.

By all appearances, the Millers were a model family, even down to the white picket fence. When Henry was old enough to go to school, Annabelle returned to her own classroom. Arthur accepted a promotion as the manager of the mill, which guaranteed each weekend free to spend with his family. They wanted for nothing more.

Henry excelled in mathematics, while demonstrating superb athletic capabilities. He captained every scholastic team he played on and was looked up to by his peers. Like his father, he stayed away from intoxicants, and held a deep civic responsibility. Upon graduating high school, Henry enlisted with the 82nd All Americans and moved to Fort Bragg. There he was readied for deployment to Iraq.

Both of his parents were extremely proud, and although Arthur did not display the ‘My son is an Honor Student and Serviceman’ bumper-sticker he’d secretly purchased at the recruitment office, he did keep it bound to his visor beside his parent’s fading picture.

During this time, Annabelle’s doctor discovered a concerning lump in her breast and referred her to a specialist. Under compassionate authority, Henry’s deployment was deferred until his mother’s biopsy results were returned. Fortunately, the results were negative, the tumor was benign, and all was well. With all relieved, Henry deployed to Iraq for his first tour of duty.

Near the end of his experience, while on patrol outside Baghdad, Henry’s section was ambushed, and Henry caught a piece of shrapnel in the back of his head. He returned in a flag-draped coffin.

Needless to say, Arthur and Annabelle were devastated, spirit void, ghosts. Arthur, while fraught with reimaginings of his parents’ murder and now his son’s—for Annabelle—he remained the cornerstone for their mourning marriage.

Annabelle took leave from teaching as she was too distraught to be around children who would grow into noble young adults like her Henry had. She remained in the home mostly, too burdened to do much of anything else. Soon, that benign lump was benign no longer. The doctors learned that it had been cancerous from the start and was now metastasized in her lungs and heart and most of her chest.

In six months, she died.

Inside of a year, Arthur had lost his pride and joy, Henry and Annabelle, and was suddenly most alone.

After the funeral, he requested a two-week leave of absence from the mill in order to collect himself. He assured the owners that he would return fully prepared to fulfill his duties without distraction. Arthur had not requested a day off, nor had he been sick in all the years from when he first set foot inside the textile mill when he was sixteen.

The owners granted his request, and as Arthur assured, when he returned, he was renewed and composed to manage once again. The owners, however, in the time Arthur had been recovering, filled his position with a college graduate who was better qualified and came at a lesser salary. Arthur was given two-weeks’ severance and dismissed with a handshake.

He drove home in a daze, his mind completely consumed with the utter unfairness of being let go. His daze became anger then wheeled into bargaining, which led to depression, and by the time he’d accepted his dismissal, a horn blared his attention and Arthur swerved to right himself in his lane. He pulled over immediately, hands gripped tight on the steering wheel, and clenched his eyes. Arthur inhaled a deep breath and let it go, blowing all the air out. He turned off the ignition, unbuckled his seatbelt and checked over his shoulder before opening the door. Arthur thumbed the lock-knob locked and started the familiar walk home.

He retired to his bedroom, sat on his side of the bed, and sighed. With no one left to be strong for, Arthur allowed himself to cry.

So overdrawn were his tears, his eyes swelled and stung with release. He cried with his face in his hands, tears burning down his wrists and to his elbows which soaked two circles on his trousers. His chest heaved with gasps as all the losses rushed forth. Arthur cried until he could cry no more. He rubbed his face and smoothed his cheeks. He bit his knuckle as he rested his chin on his clasped hands. Outside was getting dark. He sat there thinking. What he thought was to sit there until he knew what to do.

With the sun set, he concluded that in the morning he would pick up a newspaper and start looking for a new job.

He hummed his approval and pushed himself erect to carry out his ablutions before bed. Maybe it was how fast he stood, perhaps his legs were asleep having sat so long; whatever the reason, Arthur lost his balance. His skull connected with the corner of the dresser and then with the hardwood floor, where he died in a puddle of his own blood.