Posted by Jack B. Rochester in Interviews 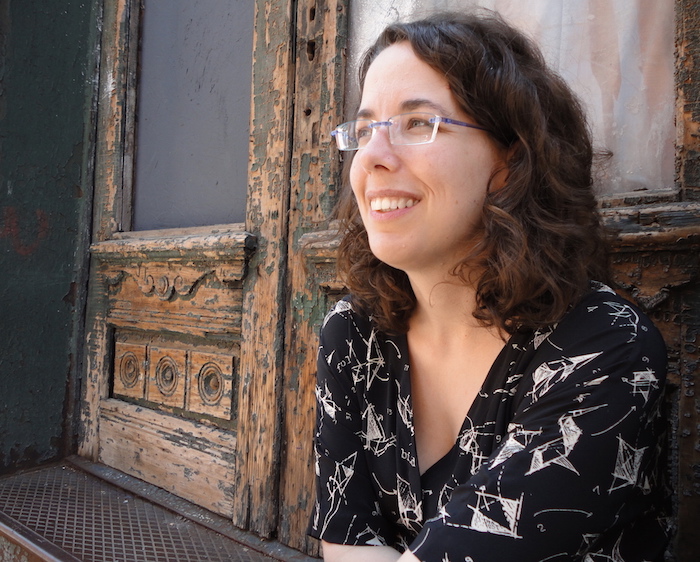 Jane Friedman is quite possibly the most influential voice for the writer today. Her career spans over 20 years as a writer, editor, consultant, professor and speaker. “I sit at the intersection of several communities, which gives me a 360-degree view of the changes now shaping writing and publishing,” she says. “People working inside the industry see me as as an expert in digital and self-publishing, while independent authors see me as a traditional publishing figure. The university and MFA community see me as very commercially minded, while the business people see me as literary and academic. I would have it no other way; I prefer to serve as a bridge.”

Jane granted Fictional Cafe the following interview, focusing primarily on how a committed individual can build a career as a writer by taking a businesslike approach to their work.

Fictional Cafe: To my mind, you’re consistently one of the most interesting and pragmatic commentators in publishing. What were some of the insights and epiphanies over the course of your 20-year career which led you to write, “the digital age is transforming writing careers, publishing, and storytelling.”

First, in the mid-2000s, I read a profile of a new social networking site, mainly for college students, called Facebook. I also joined MySpace and LinkedIn because I was endlessly curious about social media. I followed a social media guru at the time, Chris Brogan, and started developing a personal and professional philosophy around its use. For the first time in my Midwestern publishing career, the stuff I was doing and writing was being noticed beyond my immediate network—I was visible to the larger publishing industry. My career has never been the same.

Second, my first experience with the Kindle: buying and downloading a book in less than a minute to a device that wasn’t connected to a computer.

Third, my first experience with Smashwords, the ebook distributor, in the late 2000s: I was able to publish an ebook in less than five minutes. At that time I called it “instant publishing.”

FC: So interesting to hear you reminisce about your early encounters with technology. In what area of publishing did you begin your career? How did it evolve into your present role? Besides Chris, are there other people or mentors who had an influence on your career?

JF: In college I was editor of the newspaper and also editor of the literary journal—these were paid positions and the acquired skills directly led to me being hired at a mid-size commercial publisher (F+W Media). My first position was assistant editor; I was responsible for acquiring and editing illustrated craft books in the North Light division.

After three years in crafts, I transitioned to the Writer’s Digest community, where I was managing editor of the magazine. Over the next 10 years I climbed the ladder, eventually becoming publisher and editorial director for books, magazines, online education, events, competitions, etc.

I can’t really point to a single person who had the greatest influence, but I enjoyed supportive colleagues while at F+W Media. That’s not to say I didn’t experience significant challenges, but even the difficult bosses taught me something critical about the business of publishing. It was maybe the company itself—and its culture of focusing on the reader—that was the greatest influence, rather than any single person.

FC: I completely agree. I’ve met so many wise and acute people in publishing; the business seems to attract extraordinary minds. You believe in serving as a bridge uniting the business aspects of publishing with the artistic expression. Are authors, in general, inclined to listen to that message?

JF: Some are more open than others, but writers tend to be concerned with status above all. Demonstrating too much interest or facility with the business can reduce one’s status in certain writing communities, because great artists aren’t supposed to be focused on earning money. Or that’s the mythology we’ve been born into.

FC: When I began my publishing career, we honestly didn’t think of it as a business, but today it’s an acknowledged fact. Has the digital era made publishing easier or harder for potential authors to break into? I only know of a handful of authors who self- or indie-published who were picked up by a traditional publisher afterwards. Is there a bridge here?

JF: It’s always been hard. The digital era makes it easier to reach readers directly and not need a publisher or bookseller to distribute and present your work.

For authors who have been able to build a visible and meaningful following on their own, then agents or traditional publishers are likely to express interest. But to treat that as the end goal is to look at the opportunity in the wrong way—self-publishing is rarely a steppingstone to traditional.

Strategic authors decide project by project what the best path is and drive the career strategy. I discuss that here: https://www.janefriedman.com/should-you-self-publish-traditional/

FC: In the final analysis, what are the advantages of obtaining agency representation to publish with a traditional publisher?

JF: Value is in the eye of the beholder. Some authors don’t want to operate without an agent; they want a trusted partner who can guide them, help them understand if what they’re experiencing is normal, or to play bad cop with the publisher. Some authors feel ill-equipped to deal with the business and need a mentor. Experienced authors may not need such a mentor or advocate, but I find most prefer one.

FC: In business, there is an axiomatic expression: “It’s not what you know but who you know.” In this respect, does the MFA connection enhance a writer’s opportunities to be published?

JF: It can, but it’s no different than connections you might build in your community, at a writing conference, or even through online courses and social media. I don’t recommend pursuing an MFA because you believe it will increase opportunities to be published; those opportunities will be particular and limited.

FC: If you had to describe a successful career trajectory for a talented writer (either true or fictional), whose story would you tell?

JF: Roxane Gay. She wrote and published for many years before she hit the New York Times bestseller list and became the well-known and visible literary figure she is today. When I first learned of her writing in 2012, the homepage of her website said, “I am accustomed to rejection.” It doesn’t say that any longer.FC: That’s a wonderfully inspiring story. What would you say is the very very best reason to pursue a career in writing? You can break it out into fiction, memoir, nonfiction.

JF: Because you can’t possibly imagine doing anything else.

FC: Absolutely, as I will personally attest to. You recently published your third book, The Business of Being a Writer, with the University of Chicago Press. Please give us an elevator pitch about your book and why we should buy and read it.

JF: It’s the business education that most writers never receive, especially those who are creative writing students. It’s not about business set up, taxes, or finances, though. Rather, it’s about the business models of publishing and the business models of authors: how you can make writing activity pay off in the long run. Writing can pay, but it typically requires that intention and a strategy—as well as compromise.

FC: You attend many conferences throughout the year. What advice are you most commonly asked for?

JF: First-time authors are confused about whether they should first try to traditionally publish or self-publish. I normally advise at least trying the traditional path first, but my answer varies depending on the context of the conference and the type of person I’m speaking to.

Experienced authors are usually grappling with how to build a better platform, or how to reach more readers online or how to stay up to speed on industry changes that affect their earnings and sales. That’s why I launched a subscription email newsletter, The Hot Sheet (http://hotsheetpub.com), to help authors stay informed and educated about the business. 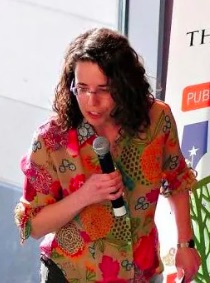 Jane  has worked in the publishing business for 20 years. She has developed great expertise in business strategy for authors and publishers. She’s the co-founder of The Hot Sheet, the essential industry newsletter for authors, and has previously worked for F+W Media and the Virginia Quarterly Review. You can also subscribe to her free daily/weekly blog.

Jane’s newest book is The Business of Being a Writer (University of Chicago Press). Publishers Weekly said that it is “destined to become a staple reference book for writers and those interested in publishing careers.” Also, in collaboration with The Authors Guild, she wrote The Authors Guild Guide to E-Publishing.

This Thursday, October 18, Jane will host an online webinar class, “Today’s Key Book Publishing Paths,” in partnership with Writer’s Digest. She says, “I discuss everything you need to know about how book publishing operates today, in plain 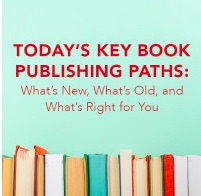 English, to help you understand the pros and cons of every major publishing path available.” Click here for more info and registration.