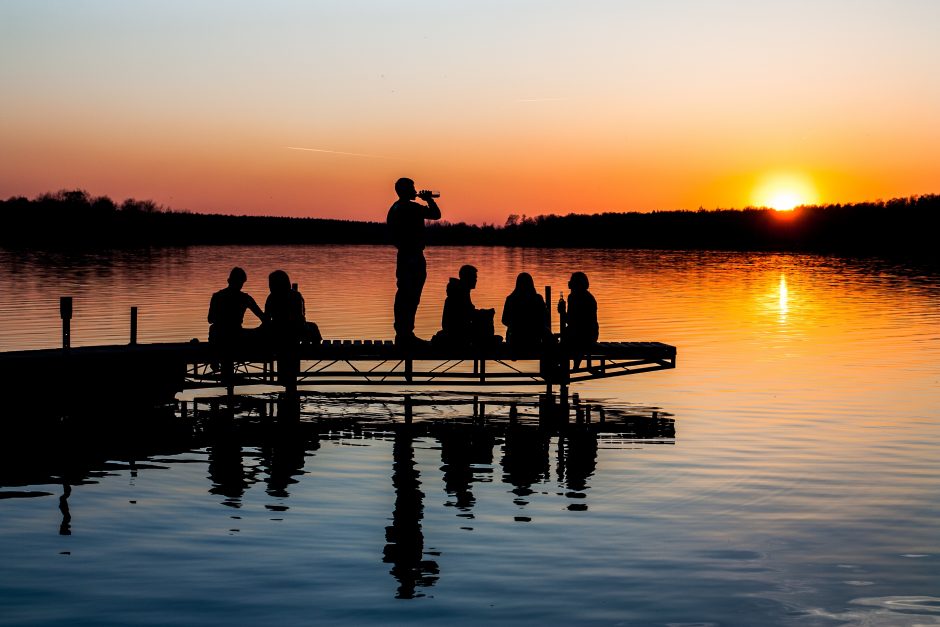 The Beginning of a Tradition

On Friday night, the eve of my best friend’s birthday, we all drive twenty minutes to the ocean. It is 10 p.m. and we are armed with chocolate chip cookies, hot pretzels, cubed cheese, and an assortment of chips from our college’s late night snack offerings in the dining hall. Though it is mid-May, we dress in winter coats and hats, sitting cross-legged in a circle on the dock, a blanket draped over our laps. We look at the stars and laugh about nothing, cheering for my friend when it is finally midnight. This is tradition, even though it is only the second time we have done this.

Having known each other less than four years, the traditions my college friends and I practice are echoes of the ones we may have at home with our family. But we still like the idea of tradition and, moreover, being the ones who now get to create it: bestowing fictional character identities upon the newspaper staff, post-dinner drives for milkshakes, the things we say before we toast. These moments—repeated, respected—ought to count as tradition, even if we haven’t formally passed them on to anyone but ourselves. Perhaps this counts enough—come graduation, we will disperse but still think of each other when practicing these traditions in different contexts.

Over the past week, first inspired by my friend’s birthday, we’ve been trading stories about our best birthdays when we were younger. We’ve been talking a lot about being children lately, perhaps an unconscious response to the life event of this coming week. These childhood parties involved going to the zoo or the craft center or the restaurant with the animal heads on the walls that occasionally turned on to say “hello” (honestly, sounds rather scary). These were our best-attended parties (middle school, surprisingly, was some of my friends’ “peaks,” as they say) and the only ones during which we actually fell asleep and not the last ones where we ended up crying. We like to think we’ve gotten more discreet.

Most of our birthdays, however, we can’t remember. We could pull out our phones for the instant gratification of seeing what we may have posted on that day, but we don’t. Social media cannot compose our real memories. And besides, most of our youngest birthdays are documented only in photo albums on our parents’ bookshelves back home. Instead, we talk in vague terms about the traditions that comprised our memory of birthdays cumulatively. The specifics mattered in the moment, but now the very effort of making something special means more—one’s birthday is exciting because it is endowed with all the excitement of years past, the repetition of not a singular action, but rather the feeling of appreciation.

So, may today’s celebration make The Fictional Café’s fifth year special. And may it also add to the magazine’s birthdays of the future, the ones that will rest on this present moment when we stop to acknowledge that something ought to be celebrated. 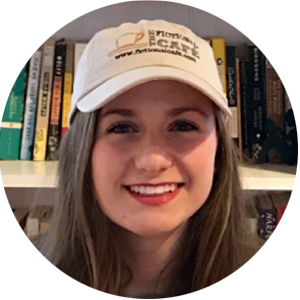 Rachael Allen is the Fictional Café’s Creative Nonfiction Barista. She graduates from Bowdoin College this spring with a degree in English and Italian. She works as the managing editor of The Bowdoin Orient and a columnist for The Canton Citizen. After graduation, she will be working for The Atlantic in Washington D.C. You can read more of her writing here: https://rachaelallenblog.wordpress.com.