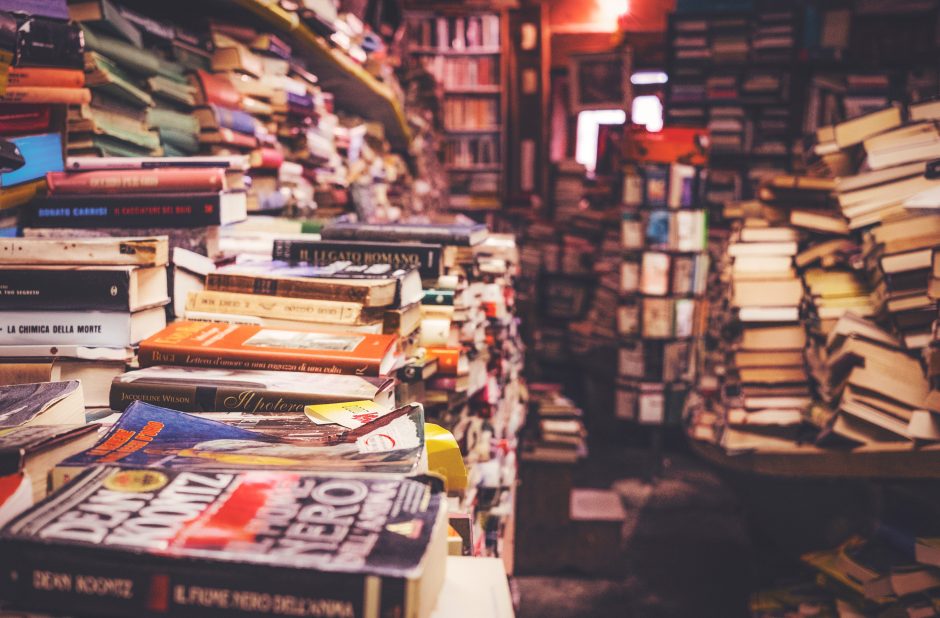 Editor’s Note: We welcome Channie Greenberg back to the Cafe today with new poetry and fiction. Channie never fails to surprise us with the interesting directions her art takes – nor to delight us.

My Etsy site’s full of objects made from century eggs, sannakji, and puffin hearts,

But not fugu, or hákarl, especially not shark meat served alongside surströmming.

See, I couldn’t, hereafter, entirely disconnect all of my offerings of fins and tails,

Give up completely trucking with evil, especially lads revealed to be key criminals.

No lack of midwifery of unhealthy scions insures my partners keep their beds clean;

Outlandish creatures show up in my life, regularly, despite my doughty efforts.

What’s more, since I’m temporarily ineligible for base jumping, given my gestation,

I dusted off my teacup collection. I like porcelain, locally sourced, and also imported

From heaven. When I marry, I want to roll in kaolin thimbles, to become habituated

To reading euchronia stories before bed, to letting high altitudes order my thinking.

Elsewise, while still dreaming, I’ll nurse my hungry infant, one deviation or another,

Like a poplar tree sheltered in a fir grove, more honest than a dumpster cat, youngsters

Save spaces in their lives to continue to rally round babies conceived only in the heart.

The loss variations attendant to pregnancy can’t bet represented by screencasts. Yet,

They’re as much a part of the natural, proper cycle of publishing domains as organic

While my little lovely snores, I’ll boost my shirt or tear open any execrable blouse

Whereas taking a living animal’s flesh is disgusting, some people uphold savagery.

But hate picking bugs off of runner beans, their affinity for beetles notwithstanding.

A Beatnik Had to Use a Laptop to Defeat Evil

Yesterday’s hunt, one poison drop after another, yielded so

With unfiltered laptops, in defeating hodge-podges of evil.

Naught. When household staff quit, after all, every helper’s

They back romanticisms of crewmembers parceling valises.

Venues for accreted goings-on, are limited to obtained data,

When peers never rhyme words or pay attention to rhythm,

They sell lipsticks alongside of untruths, regularly practice

No matter their amount of salubriousness of enclosed bugs.

That he wore the same jeans and t-shirt daily, mainly because he could not find his clothing, made little difference to his dear ones. What irked them was that he’d take hold of a book, intend to read it, and never, ever return it to its owner.

The libraries, finally, offered Sashi amnesty from their fines. Yet, he never responded to them. His peers and family stopped trying to recoup their loans, choosing instead to replace the titles he had borrowed. Only Marie, his girlfriend, believed that Sashi would one day overcome not only his propensity for acquiring books, but for leaving them unread.

After their engagement became final, she devised a plan. Sashi was snoring next to her on her futon while she was “doing homework.” The couple hadn’t been able to spend time together in his apartment for years since the only findable seat, there, was the toilet, and its lid, too, was piled with books.

The next day, Marie called Goodwill and the Veterans’ Association. Meanwhile, she carted stacks of library books back to their homes, all the while apologizing for their tardy return. As well, she was surprisingly able to give dozens of children’s titles to a local Montessori school.

When Sashi returned home from Calculus III, at the doorway of his building, he found two beefy men, one without a hand and one with a prosthetic foot, hauling away boxes of his literary treasures. Had he lacked respect for the warriors of the stars and stripes, he would have assaulted them. Instead, he merely told the former soldiers that whatever had motivated them to remove his precious reads was mistaken. The taller of the two veterans took his earbuds out of his ears long enough to grunt, fish for a receipt in his pocket, shove that paper at Sashi, and then continue on his way.

Inside of Sashi’s apartment, things were worse. A full quarter of his dining room table had been cleared and a very narrow path, one which required its users to sidle sideways, had been made between his front door and his patio. In the distance, he could see that all of his cacti, the entire number of which had not been nurtured in over a year because they could not be reached, despite rainwater and sunshine, had died. As well, the carcass of some bird lay rotting next to those decaying plants.

He did not see Marie, but he heard her humming. Whenever she was stressed, she hummed Bach’s “Cantata 56.” Marie was an oboe aficionado.

Sashi continued to survey his damaged landscape. His reverie was interrupted by three small children, siblings judging by their faces, who had suddenly appeared at his door.

“I can, too, carry five by myself,” offered the smallest of the urchins.

“I can carry ten,” countered the middle-sized child.

“Watch me haul twenty,” roared the tallest, widest, and likely oldest among them. He cleared his throat and knocked on the already opened apartment door.

Sashi spun and answered it.

The tall sibling presented Sashi with a paper. As Sashi read the advertisement, the teen peered past him. “Gold mine!” he exclaimed.

The paper stated that from four to six in the afternoon, on that very day, guests were welcome to enter and to remove as many books as they could carry.

“Excuse me,” said the smallest of the boys as he darted past Sashi into the apartment. “Wow!” he exclaimed upon entering it.

“Might be some antiques – certainly worth looking for them,” answered the next older brother as he, too, scooted past Sashi.

The oldest of the three shrugged, smiled at Sashi, and then bounced himself into Sashi’s home. “Hold on, you two. I have a list of types and kinds that Mr. Rutherford, of the Book Emporium, said he’d buy.”

No sooner had the brothers entered Sashi’s home than roughly a dozen more minors came to his door. One held up a duplicate of the notice the brothers had referenced. The rest just barged in. Marie had timed the giveaway to coincide with after-school hours.

By bedtime, the “looters” had trickled down to a clichéd few; a grungy dude, who rummaged in all of the apartments’ visible garbage cans for bottles to sell to the neighborhood’s recycling center, and a little old lady, complete with teacup poodle, which stood lookout from the safety of that woman’s open purse.

The pooch barked every time it “determined” that a book was worth claiming. Fortunately for the frail-looking old woman, the critter only barked twice.

By the time the alleged homeless fellow and the alleged granny left, Sashi could see his kitchen table, his sofa bed, and his bathroom sink. What’s more, the path from his front door to his patio was now as wide as a normal passageway. Sashi didn’t know whether he should embrace his beloved Marie or weep uncontrollably.

Being a man of balance, he hugged her and then started to shed hysterical tears.

Marie patted him until he cried himself to sleep. “Tomorrow,” she said in voice better suited to a soliloquy on a grand stage than to an intimate moment on a newly unearthed sofa bed, “we will begin decluttering.”

Dr. KJ Hannah Greenberg has been playing with words for an awfully long time. Initially a rhetoric professor and a National Endowment for the Humanities Scholar, she shed her academic laurels to romp around with a prickle of imaginary hedgehogs. To wit, she’s been nominated four times for the Pushcart Prize in Literature, has had more than thirty books published, and has served as an editor for several literary journals. Her latest photography portfolio is 20/20: KJ Hannah Greenberg Eye on Israel. Her newest poetry collection is Beast There—Don’t That. (Fomite Press, 2019). Her most recent fiction collection is Walnut Street (Bards & Sages Publishing, 2019). This is her fourth feature on the Fictional Café.