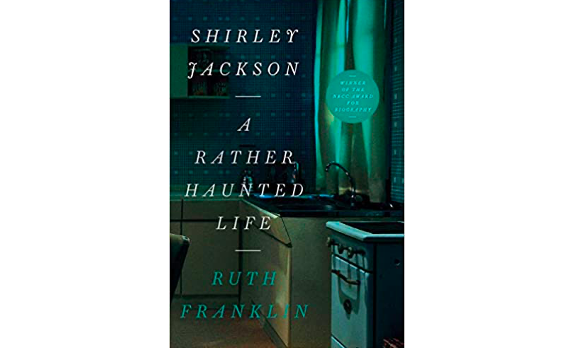 My first encounter with Shirley Jackson was reading “The Lottery” in junior high. It was the first story that truly disturbed me; the stoning of an innocent woman was a shock. The culprits were not villains. They were regular people, going about their regular lives in their bucolic village. Jackson was confronting conformity at a time when the individual wasn’t valued. I could have been one of them. I wasn’t the only one implicated. After it was published in The New Yorker in 1948, the magazine received letters calling “The Lottery” “outrageous, “gruesome,” and “utterly pointless.” The New Yorker had never received so much mail in response to a work of fiction.

Jackson received letters as well, and placed them in three piles. “Bewilderment, speculation, and plan old-fashioned abuse.” She said, “if the letter writers could be considered to give any accurate cross section of the reading public . . . I would stop writing now.”

“The Lottery” made Shirley Jackson a literary celebrity. Her legacy continues, with the reissue of her novels by Penguin Classics, and a film loosely based on her life, Shirley.

A Rather Haunted Life by Ruth Franklin, a thrilling and masterful biography, reveals Shirley Jackson as an artist with extraordinary insight. The interplay between Jackson’s life and literary gifts is deftly illuminated by Franklin, revealing Jackson as not simply a writer of horror (where she was often categorized) but a master of her craft.

A self-described witch, with unruly hair and eccentric clothes, she often found those around her too timid or conformist, and raised her four children in her own, creative and loving but often chaotic way. Her writing about her domestic life was collected in two popular volumes, which were a humorous and a light-hearted departure from her fiction. “One who raises demons,” she once said, “must deal with them.” Though she was a force of nature, her interior life was filled with frustrations and anxieties, some from childhood and others from her marriage, and intimacy was often an area of anguish and distress that was indicative of the larger culture, when women’s ambitions were often in conflict with society’s expectations. As a writer, Jackson was aware of these limitations and enjoyed subverting them, and was skillful at mining her emotions and rather turbulent life for her stories. As Franklin notes, her fascination with witchcraft and rituals were metaphors for examining relationships of power. These dark forces found their way into her books, and as the reader learns how Jackson channeled these forces into her fiction, she finds herself gaining valuable writing advice from her lessons on craft.

“I cannot find any patience for those people who believe that you start writing when you sit down at your desk and pick up your pen and finish writing when you put down your pen again,” she said in “Memory and Delusion,” one of her famous lectures at the Suffield Writer-Reader Conference. “A writer’s intelligence must constantly be working, always noticing. All things are potential paragraphs.”

One lecture called “Garlic in Fiction,” a clever way of considering imagery in one’s writing, relates that a writer’s greatest hazard is a reader who puts the book down. “The writer must use every weapon in the arsenal to snare his or her attention.” But, as Jackson points out, too many images or symbols will overwhelm the story, much as too much garlic can ruin a dish. Her technique (referred to as leitmotiv) considers each character in a story, and creates images that the reader will associate with the character.

In The Haunting of Hill House, considered one of her best works, Jackson used five of these sets of images for her protagonist, Eleanor:

When these five symbols appear in the novel, Jackson states, they will subtly remind the reader of Eleanor’s vulnerability. They become “artificially loaded words” that build suspense and interest in Eleanor’s storyline.

In one of her stranger books, Hangsaman, the title is drawn from an obscure folksong: Slack your rope Hangsaman, O slack it for a while/ I think I see my true love coming/Coming many a mile. Themes are drawn further from the Tarot: The Hanged Man card, suggests “a deep entrancement, not suffering, evoking life in suspension,” and this suggested state of consciousness lingers throughout the coming-of-age novel. As a young student, Natalie Waite becomes infatuated with a married professor, and entangles herself with him and his wife. Lines between the imaginary and reality begin to blur. She is suddenly hurled into a dark labyrinth. She begins to see Tarot symbols encoded in signs and shop windows. The use of these images is seamless and deft. It gives the brilliant novel a mystical layer, skillfully interwoven with Natalie’s own deep anxieties.

Jackson had the ability to understand the horror facing people in the world: we are the scariest beings of all. This makes her stories all the more relevant in this day and age; especially “The Lottery.” Although we are no longer the conformists that Jackson criticized, we are still implicated in her chilling tale, though. We are now a world of hyperindividuals. We take even more pleasure from throwing stones than Jackson’s villagers.

Lorraine Martindale is a freelance writer and editor who loves to read and talk about books. She is at work on a novel about the relationships of musicians, and lives in Los Angeles with her family and two cats, Zelda and Link.