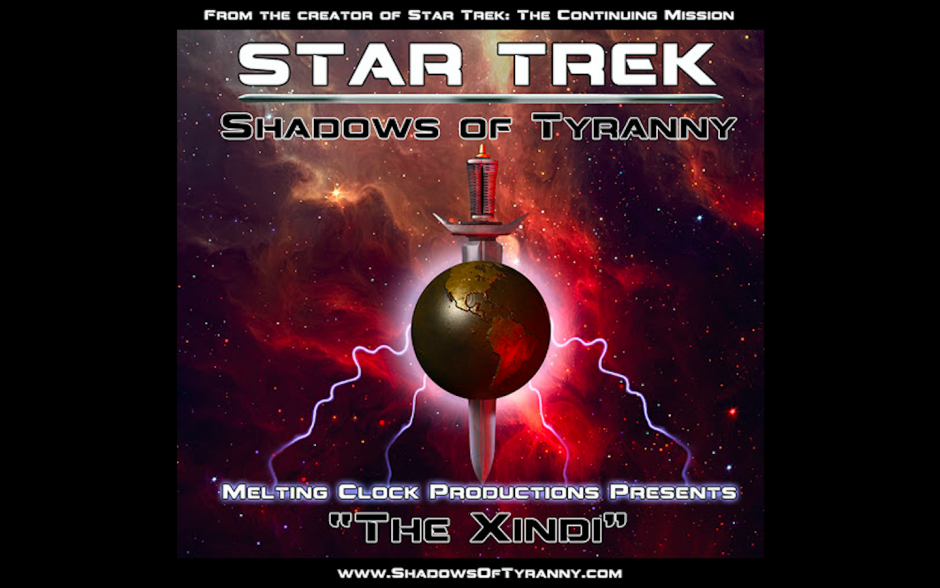 Welcome Fictional Café listeners to Shadows of Tyranny, an audio drama by Ruby Fink and Sebastian Prooth and one of the first shows this audio barista ever wrote. As a blooming sci-fi nerd at the tender age of twenty, this was my first sojourn—as it were—into the world of audio dramas and podcasting. The journey towards writing the one and only episode of the anticipated 7-part series was arduous, the hours long and frustrating, and by the end of it neither of us had the heart to continue with the rest of the story. But the process wasn’t without merit. In researching the world that Gene Roddenberry had created in 1966 I was introduced to a universe that I fell in love with and continued to learn about for the next . . . well, I’m still learning about it now. I found I had a talent for writing audio dramas, which led to me creating my detective series, which led me here to The Fictional Café via way of Jack B. Rochester, which led me to you, wonderful listeners who apparently like at least some of the stories I post twice a month.

The point in all this backstory is that there will be times when your dreams fail at episode one, but if you continue to work at what you love, you might find an even better dream farther down the road. Because sometimes failed dreams are just little paths that lead you to better ones and it’s okay to leave one dream behind at episode one, because there are others that lead you through a whirlwind series—or even multiple shows, like the franchise that is Star Trek. But most importantly, let’s remember that April 5th is First Contact Day and in the year 2063 humans will make contact with Vulcans for the first time. Which is something to look forward to.

Listen to the episode here.

In a universe of infinite possibilities it is inevitable that parallel civilizations arise. Biology, just like ours, will emerge from the mud and reach for the stars. Parallel, but not identical. When one of us laughs, our double cries. One wails, the other whispers. One makes peace, the other, war. This is a story about love, hate and two men with conflicting visions of the future.

I hope you enjoy this story as well as a brief glimpse into this audio barista’s nerdy past. But just for the fun of it, next week is going to have a sci-fi theme as well. If you enjoyed this story, feel free to post your comments on the website and give your opinion. You might pull the original cast and crew out of the cobwebs, or you might inspire a reboot. But at the very least, you’ll make someone’s day, because who doesn’t like to hear that you enjoyed their work?

As always there will be a new story posted to the Fictional Cafe Audio Arts page every other week at 7PM EST, so don’t change that dial, and we will see you soon. In the meantime, Live Long and Prosper, and always be willing to journey forth into the unknown!

Previous postWebinar for Writers Live on FC! Hosted by Dan Blank
Previous post“A Most Clever Girl,” by Jasmine A. Stirling, A Book Review