Posted by Jack B. Rochester in Book Reviews, News, Writing 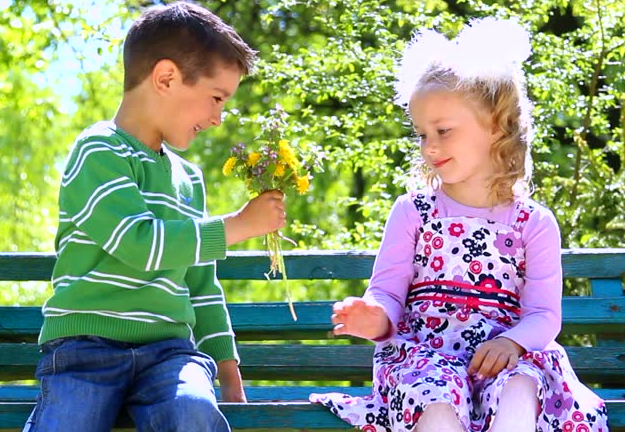 Editor’s Note: From time to time, fiction and real life converge like a solar eclipse. The “ME TOO” movement and a short story by Kristen Roupenian entitled “Cat Person,” published recently in The New Yorker, have crossed paths and set the world on its ear. It’s a timely story, to be sure, but it’s also something of a literary fete: the author’s first short story, controversial as hell, accepted by the country’s most prestigious magazine (and one of the few still publishing fiction), which immediately landed Roupenian a book contract with Scout Press, reports the New York Times.

Like Roupenian, Rachael Allen is a college student who found herself able to relate to the short story and draw some shared experiences into a complex skein of perception, emotion and experience that reaches out beyond the story and presents an interesting perspective on our current highly charged “Masculin / Féminin” atmosphere.

Perhaps I should start by declaring that I am a dog person. Aside from the fact I like dogs, I don’t actually know what this means. It carries the same vague and imperfect associations of being a Prius driver or from the suburbs or a liberal arts student (I am all of these things, assume what you may). Thanks to a short story entitled “Cat Person” by Kristen Roupenian published in The New Yorker last week, and subsequently written and re-written about online, now the term “cat person” has a new wealth of implications—and this, I think, misses the point.

Twenty-year-old Margot goes on a date with thirty-four-year-old Robert and has sex that she consents to, but does not really want. She doesn’t fully articulate this desire—or lack thereof—to Robert (not wanting to hurt his feelings, musing about her safety), nor, more importantly, to herself.

Much of the response to Roupenian’s story focuses on positioning it within the broader conversations about sexual harassment blowing up the media, which in turn has reliably used this fiction as another mechanism for urging change and encouraging dialogue between men and women. From highlighting men’s reactions (Twitter’s “Men Reach to Cat Person”) to sharing women’s real-life “cat person” stories, the conversation revolves around what this story implies about modern-day dating, consent, technology, etc. Admirably, people are trying to pin down the outside forces and unspoken expectations that pressure Margot in the story.

Quite honestly, I haven’t been thinking about the story in a larger context. I’ve been thinking about the story with the same insular, personal mindset evoked when I was in the middle of reading the story, before I realized all the fuss surrounding it. With the short story’s closely observed third-person point of view, I felt as if I was directly in Margot’s mind, and her thoughts eerily (and now, I realize, not so uniquely) looked a whole lot like mine.

When Margot meets Robert during reading period of fall semester, she notes he is “cute enough that she could have drummed up an imaginary crush on him if he’d sat across from her during a dull class.” For the rest of the story, this is what Margot does: from a few interactions, text messages, and a lot of mental energy, Margot crafts a character for Robert and for herself—a character that turns out to be far from reality.

While reading this short story myself during reading period of fall semester, I am standing on the first floor of the library, facing away from the door. I am facing away from the door because otherwise I would have kept looking up (I am doing so anyways), expecting the boy with perfect posture, wearing a bright red sweater, from my blind double-date last night to walk in. He has a pretty face that could easily be mistaken for stuck-up, but, as I have heard from others and gathered over our one-hour dinner, and noted from his goofy Facebook photos, he is funny and actually very nice.

And so begins a crush drummed up from very little information, for a boy who has done very little to earn it. Like Margot, I spend mental energy imagining a character for the boy, and moreover imagining a character for myself with the boy. I fall deeper into the habit of seeing myself the way I imagine others see me. And this habit only makes me more self-conscious about the space I occupy—space that society already tends to grant less of to women.

This pervasive thinking can venture into the more complicated and serious territory of unhealthy relationships, hookup culture, consent, etc. Though Margot no longer wants to have sex with Robert, she doesn’t extricate herself from the situation. Instead, she rewrites his actions to be consistent with the character she crafted for him and visualizes herself as how she imagines he sees her. By skewing her perceptions of herself and other people, Margot’s imagining becomes dangerous: it confuses her reality and her understanding of what she wants. She disorients herself within an already disorienting world of dating and gender-based power dynamics. Ultimately, she accedes to a friend’s advice on what to do about Robert (and moreover, allows her friend to do it for her).

“Cat Person” stuck with me because of the way it made me newly aware of my own habit of imagining stories for people and rewriting interactions. I recognize that this habit persists across genders. But more importantly, I recognize that these imaginings are not helping me, as a young woman, empower myself in a culture that, as the media increasingly emphasizes, already has its imbalances.

Here’s the ending to my recent drummed-up crush that I didn’t imagine: I learned from a friend that the two boys on our blind double-date apparently had been confused about which girl they were paired with (our matchmaker friend had made each of us coordinate outfit colors so we’d all know who was whom). Only when we stepped into the light by the restaurant exit to say goodbye did they see the color of our shirts. The boy didn’t even know I was someone to imagine in the first place. 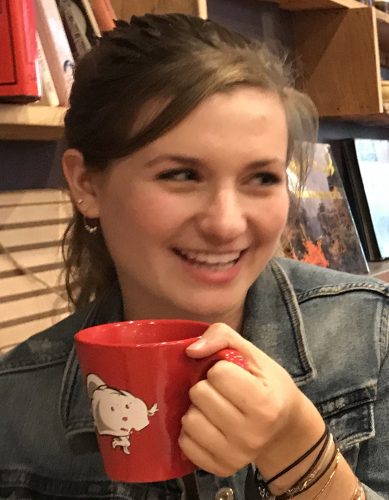 Rachael Allen, a senior at Bowdoin College in Brunswick, Maine, is a frequent contributor to Fictional Café. In addition to her many essays on writing, she was a FC “pen pal” last spring during her study abroad semester in Italy. Her pen pal was Simran Gupta, our Poetry Barista, who was studying in France at the same time. You can read their exchanges here.