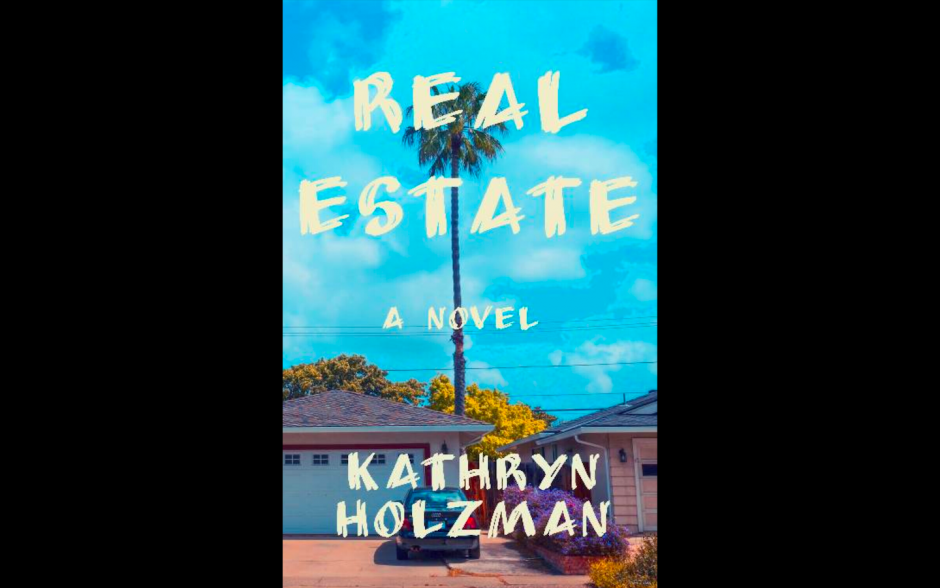 A few passages from my novel, Real Estate, published by Propertius Press in November 2020.

On a cloudless Saturday afternoon in May 1962, Harriet Jackson rode her brother’s battered blue Schwinn bicycle along Mariani Avenue, alert for passing cars. She inhaled the delicate spring scent of newly budding manzanita blooms, delighted that her mother had sent her to the store for a quart of milk. As she pedaled, she sang “Johnny Angel,” mouthing the words as sung on her favorite 45 by Shelly Fabares.

Harriet let the breeze carry the lead but provided the chorus’s echo under her breath. The popular song complemented the sense of possibility in the crisp morning air. The rotation of her bike tires provided the backbeat. Together we will see how lovely heaven will be. She tilted the bike automatically into a left turn at the Shell gas station on the corner of Foothill Boulevard, pausing for a bright red Mustang about to pull away from the gas pump.

Boom! A roar as loud as her father’s F95 Panther breaking the sound barrier filled the air. An explosion followed by a sharp crack, a lightning bolt announcing an arriving thunderstorm despite the tranquil blue of the storm-less California sky. In only seconds, flames consumed the gas station’s underground storage tank engulfing the idling Mustang in a ball of fire. An enormous plume of black smoke shot high into the sky.

The flash silenced her song. Harriet fled the flames, pedaling with all the might her skinny ten-year-old legs could provide. She raced back down Mariani Avenue, abandoning her chores and heading for the safety of home. The houses and yards she passed dissolved into a colorless blur. She did not notice her neighbor, Bobby Hopkins, watching from his bedroom window. She turned into her driveway, tossed her brother’s bike to the pavement, and tugged at the locked front door, pounding with her fists.

Bobby Hopkins lay belly down on his bed, reading A Wrinkle in Time. Transported by travel through time and space, the voracious reader attributed the seismic rumble of earth beneath his bedroom floor to Terrerat, the strange force described by Mrs. Whatsit, the most human of the three Mrs. W’s—at least before she turned into a winged centaur. Then, he realized that his bed was actually shaking.

Bobby didn’t panic. He adjusted his glasses, smudging already dirty lenses, and sat up on his knees to look out his bedroom window. Scrutinizing the foothills on the horizon, he registered a cloud of dark smoke climbing the sky. He dismissed the girl from next door frantically pedaling by on her bicycle as an irrelevant distraction.

After some consideration, he postulated four theories to explain the event:

1) An earthquake. High in the Santa Cruz Mountains, Bobby’s sixth-grade class had recently visited Crystal Springs Reservoir. At vista points in the park, Bobby had straddled fence posts, analyzing the plates that realigned in response to the accumulated strain.

2) An explosion of an orbiting spaceship. On Lost in Space, the Robinson family’s spaceship careened into a meteor storm. An engineering malfunction was blamed, but later the family learned that Dr. Zachary Smith’s sabotage caused the robot to accelerate the ship into overdrive.

3) A Soviet nuclear missile attack from Cuba. Having survived a dry run of this event in class, Bobby knew that any nuclear attack required you to crouch underneath your desk with hands held tightly over your head.

4) A car crash on Foothill Boulevard, the busy thoroughfare two blocks away.

Bobby didn’t leave his bedroom to test his theories. He didn’t go outside or put himself at risk. Instead, he trusted that observation and his superior intelligence were sufficient to understand the forces that caused the tremor. It would take more than an explosion to interrupt his reading.

Bobby sneered when Alice insisted that the whole family climb into their blue Bel Air station wagon to see the Beatles. The popular band was on their first visit to the United States. The San Jose Mercury News reported that the mop-tops from Liverpool were staying at a luxury hotel near the freeway. From the moment they made the turn off 101, Bobby could see the hotel’s circular drive, crowded with masses of teenage girls bearing signs saying, “Paul, we love you.”

Bobby was there under protest.

As always, his mom had a plan.

“Mom,” Bobby said, “the Beatles aren’t going to be able to pass through this mob.”

“You’re right,” Alice said. She directed their father to drive to an unmarked rear entrance of the hotel. Amenable, Jack snaked the car through an alley used by maintenance men and hotel employees and parked next to a garbage dumpster at the rear of the hotel. Patty said she hoped that they had the inside track. Two other cars followed, evidently hoping that the family had knowledge that they did not.

The excursion was a waste of time, but Patty said that stalking the Beatles was way more exciting than their usual after-dinner field trips. Most nights that summer, after his mother had loaded the dinner dishes into the dishwasher, Bobby had been forced into the station wagon while the family went to ogle the ashes of train wrecks, house fires, or plane crashes. Or his father would park the car beneath the runways at the San Jose airport, waiting for calamity but settling for the thunder of landing gear being lowered and reversed engines bringing the massive vehicle to a vehement halt.

“One thing you have to admit about your mother,” Jack liked to say. “She makes life interesting.”

“You can’t lock yourself up in your room for the rest of your life,” his mother said, giving him no option.

Tonight, Jack drove, as usual following Alice’s directions. He held his cigarette outside the car window, content to go along for the ride.

The crowd was growing fast. From her perch in the backseat, Patty craned to see the band, every muscle taut with anticipation. Bobby could almost feel the heat of the mass of the bodies crushing against each other. His skin crawled.

“God, this is embarrassing.”

They waited. At some point the roar of the crowd filled the air, intermixed with the wail of police sirens. A crescendo shook the ground, rattling the metal of the malodorous dumpster. It was happening. The arrival of the Beatles in America was a big, big deal. They were there.

Or as close as they would ever be.

Wildfires burned in the foothills of the Santa Cruz Mountains. On the next evening’s drive, the family got as close to the disaster as the police allowed, finding dirt roads to bypass roadblocks. Smoke signaled the highest flames. The sky darkened and the acrid smell filled their nostrils. They tracked the progress of the fire, gauging who was winning, the flames or the fire squads.

“Never a dull day in the life of the Hopkins family,” their father said. “These are days you will remember.”

When Jack took his hands off the steering wheel to light his cigarette, the car careened, hitting the curb before he gained control. “Dad!” Patty and Bobby called out in unison, afraid of crashing down the steep embankment as the car radio played “Close your eyes and I’ll kiss you.”

Bobby watched Patty. She closed her eyes and sang along with the car radio as if she, too, were at the Beatles concert, surrounded by her peers on the vanguard of a world that was ripe for change. With a minor revision, he could see that history was being made. It all added up.

The world as they knew it would never be the same.

After attending Stanford University and NYU, Kathryn Holzman worked with public inebriates, dentists, urologists, and cardiologists. When the right side of her brain rebelled against endless databases and balance sheets, she returned to her first passion—fiction. Her short fiction has appeared in over twenty online literary magazines and print anthologies. She is the author of a collection of short fiction, Flatlanders, Shire Press 2019. She won grand prize in the 2020 Eyelands International Short Story Contest. Links to her work can be found on her website.
This is her third feature on The Fictional Café. You can read her first two here.