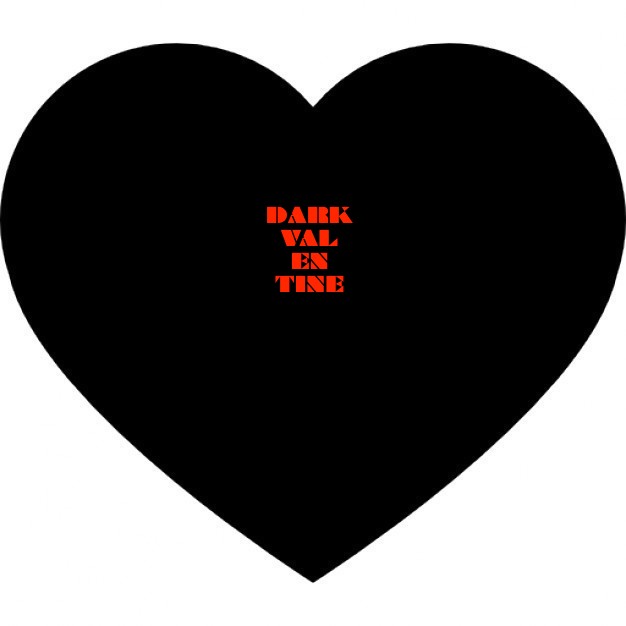 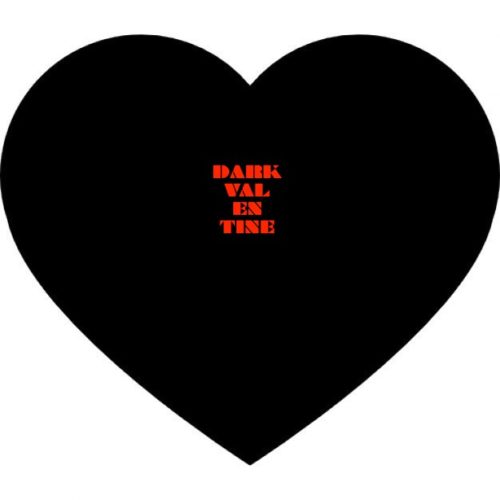 In the year 2000, a deejay at WSCS Radio, a college radio station, Came on the air calling himself “The 2000Man.” Nobody really knew who he really was, outside a few staff and jocks. His two-hour long show was broadcast on Friday nights from 10 until 12.

His show was unique because the guy was pretty out-there, like Max Headroom or The Firesign Theatre. It was also unique because he would play extended sets of one band anywhere between 20 and 40 minutes in length. In between songs, he did his “2000Man” thing, and nobody ever knew what it would be.

One night a listener called in and screamed, “What are you DOING?” and hung up.

Here is an abbreviated version [just under an hour] of his now-famous “Dark Valentine” show. We obtained [uh-uh, can’t tell ya how!] one of the few copies of the original audio cassette of the show; you might hear a slight buzzing in the background, the result of whoever capturing this piece of rock and roll history from an analog radio. We’ve been able to convert it to digital media here in our Fictional Cafe studios, then edit it with our Fission software, and podcast it here for your…ah…enjoyment. But be forewarned. Again. This is for all the broken hearts out there.

The 2000Man wasn’t on the air all that long, but he did last long enough to record a Halloween show, which we’ll play for you here at the Fictional Cafe for – you guessed it – Halloween! 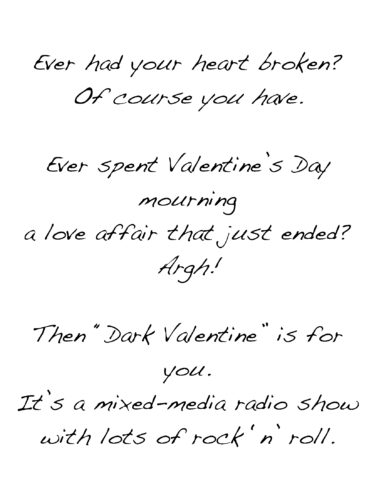 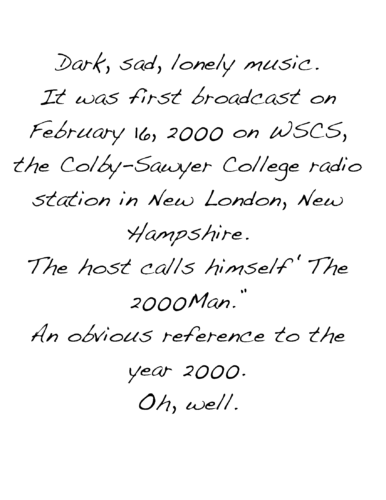 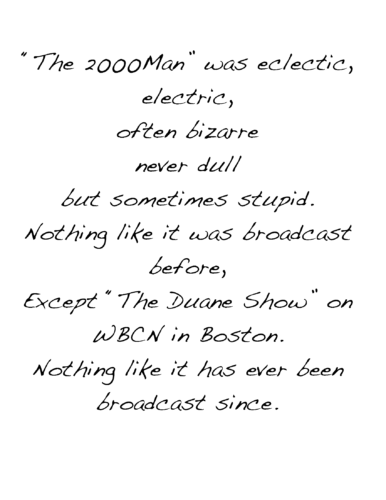 Please click on the arrows to listen to “Dark Valentine” Parts 1 and 2.