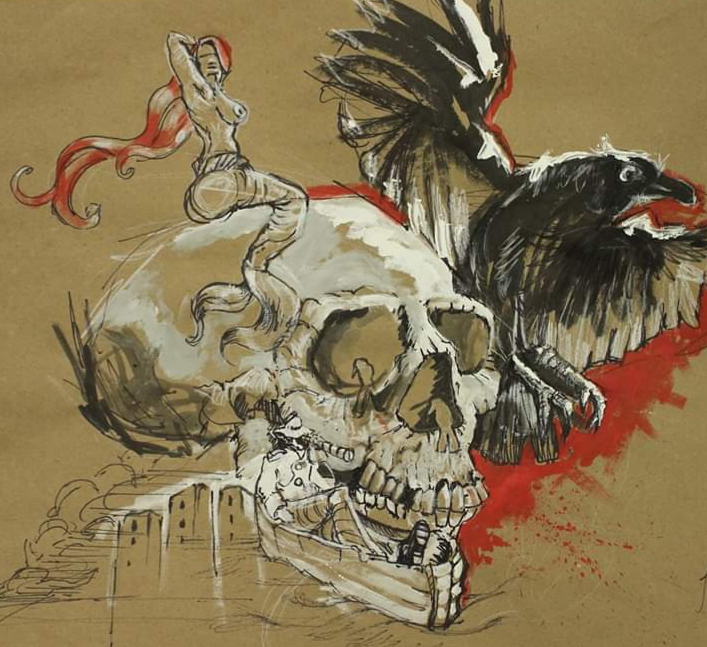 As a university student, Paulo founded his own gallery and art academy. At first it was a children’s art academy (Pintando Ilusiones) and later PHI Gallery, where important established and emerging artists shared the space created by Paulo.

This artist also participated in the “Circulo de artistas emergentes,” an emerging group of artists with which he traveled through various Latin American countries representing his nation, and created important exhibitions and artistic cultural projects.

Within this group, he exhibited in Costa Rican spaces as well as other destinations like Nicaragua, Panama, Cuba and Japan.

He has also exhibited individually at the University of Costa Rica, at the Creative University. In Nicaragua, he has exhibited individually in the city of Granada in the Gallery of the Casa Los Tres Mundos Foundation. In Mexico, in the city of Monterrey, Nuevo Leon presented a sample of his work at the MuZiak Academy of Arts, in the Valle de las Brisas. He has presented his artistic work in France and has sold paintings in Canada, Switzerland, the United States, Mexico, Venezuela and Costa Rica.

His work has had different moments, ranging from research into alternative materials, through innovative techniques and academic methods, at the level of themes or movements and is identified with expressionism and surrealism. Part of his work has to do with more subjective stages of the human being, however the last 5 years his work has changed due to the technical and color research that the artist performs. Lately, he is investigating more portrait drawing and painting, and additionally accepts commissioned paintings. Paulo is currently creating an art department for an elementary and a high school, as he has been hired at the Los Angeles School in San Jose, Costa Rica.

Paulo Alonso Navarro Rodriguez, born in San Jose, Costa Rica in 1983, studied art since he was a highschooler at La Galería Creatividad Infinita, under the tutelage of Maritza Porras. He studied fine arts at the university with an emphasis on painting at the University of Costa Rica. He has a degree in Painting and a Bachelor in Teaching of Plastic Arts with emphasis on High School from UCR. You can view more of his work here and on Instagram.