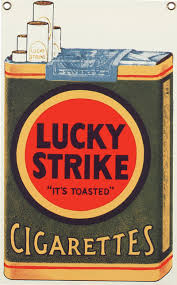 Good afternoon, y’all. First off, I really want to thank everybody for coming on out today and giving old Lawrence the sort of sendoff he deserves. I know if he was here to see it, our friend would be just beside himself with joy at all this. Except for the being dead part, I mean. I don’t suppose he’d be too thrilled about that.

Well, when Lawrence’s ma asked me to say a few words today, I almost told her no. I’m not too great in front of crowds and all. But Lawrence, well, I know he’da been there for me. So here I am. And here’s what I have to say. I sure hope it’s okay enough.

We called him Lucky, the boys and me did, even back when we were all kids. And we weren’t even joking about it. He always had this luck around him. Weird luck you didn’t know to call good or bad. Like the time in fourth grade when he rode his bike off into that gully on the way home from school and landed in a blackberry briar. Scraped himself up real good, he did, but crawling out he found this cardboard box full of old Playboy magazines. Um, yes, Mrs. Thatcher, that’s where they really did come from, not Ike’s big brother like we told you. Or like in high school when Marilou Summer’s’ boyfriend got all jealous and kicked Lucky across the parking lot, but she ended up feeling all sorry for him. She dumped that football player of hers and went to homecoming with Lucky instead. I mean honestly, if Lucky’s life doesn’t prove that God has a bizarre sense of humor, I just don’t know what the hell—erm, uhhum, excuse me—I just don’t know what might.

Some of you probably remember how, on Lucky’s eighteenth birthday, we all went with him to the Circle K on the corner of Pike and Pine so he could buy us some smokes. And Lucky, he bought himself a Lotto ticket while he was at it. Scratched a thirty-thousand-dollar prize right there. Well, he got all excited and ran out the door to go tell his ma. Ended up running right into the middle of a drive-by shooting. He got shot in his chest, right arm and left leg. That Lotto prize was just enough to pay off his medical bills.

Like a bunch of us, Lucky signed up for the service after graduation. Nobody had the money for college, of course, and Ike was the only one good enough to play ball up at State. The gunshot wounds didn’t do anything permanent enough to make Lucky fail the physical, so Lucky went to boot camp with the rest of us all. Wound up a gunner in a tank. Armored cavalry. Now, this was back in 1989, so when a year later the Honorable Mister Bush went and turned Operation: Desert Shield into Operation: Desert Storm, Lucky was right on the front line, in one of the first units to cross the border.

His tank broke down three hundred yards into enemy territory. Threw a tread, of all things. Freak accident, a hundred to one chance. His group saw some of the heaviest action in the war. Had the distinction of actually losing men to enemy fire. And Lucky, he sat there on what amounted to a flat tire and didn’t so much as get sand in his eyes. He got on the transport plane a month later without a mark on him.

It crashed. In the ocean a half mile off Oahu. Engine failure. Three guys died. When Lucky woke up, he was paralyzed from the hips down. Couldn’t wiggle a toe. I went to see him at the VA hospital there, and he kept talking about how he wished he could wake up again, find out it was all some sort of dream. But of course it wasn’t, and Lucky, he knew that soon enough. He snapped out of that funk of his pretty quick. And when they started him on the physical therapy, Lucky went at it and he did his best, which is just like him as we all know. He learned how to get around with that wheelchair pretty good, and got so he was doing all right, considering. That is until they started messing around with some leg braces and introduced the man to the parallel bars.

Now, let me tell you, Lucky jumped on those bad boys like a hooker on a lost millionaire — erm, uhhum. Sorry about that, ladies, but he sure did take to those parallel bars. Wasn’t very long before he was in the gym six, seven, ten hours a day, and he was beautiful to see in there. Now, I’ll admit his dismounts were a little on the rough side, but when it came to using his arms, the man was all that and something else again. He got on those ring things, too, and worked them just as hard. But the bars were his favorite. The Army kept him on, put him on some sort of tour to help with morale, even let him compete in some intramural events. And that’s how Lucky finished out his term on something like active duty.

When he was a civilian again, Lucky went and competed in the Special Olympics. Won a gold medal, as most of you know. Even tried out for the regular US Olympic team, just so he could say he had. Got knocked out in the first round of elimination, of course, but he sure did put on a show. They ended up making a movie of the week out of it all. Got that guy from the soaps to play him and everything.

Well, with all the hoopla and publicity and whatnot, four years later Lucky up and gets himself invited to go hand out medals at the Olympics down in Sydney, Australia. They even made one of those touchy-feely inspirational shorts about him. It never aired, but Lucky’s ma, she has a copy of it on tape. Which is better than nothing, I suppose.

So Lucky, he went Down Under, he met a bunch of Olympians and had himself a time. Then he flew back to LA, and from LA to O’Hare. He took a little puddle jumper flight out of Chicago and damned if the pilot wasn’t at least a sheet and a half to the wind. He crashed that DC-10 right into Miller’s Bluff there. You folks on the east side of the church, if you look out your windows, you can see the spot where it hit. That bald patch up and a little left from the quarry. Pilot wasn’t bruised. Lucky was in a coma for three weeks.

You know how, with old TVs and radios, when they get kinda fritzy and you give them a good whack in just the right spot, how they start working again?  Well, that’s what must have happened with Lucky, ‘cause when he woke up, he could feel his legs again. And his toes were tapping inside a week. To say the doctors were surprised would be like saying Bill Clinton liked a good piece of—uhhum, erm, well, those doctors, they were pretty shook up. One of them, God’s own truth now, he even tried to use that TV analogy to explain it all to Lucky’s ma. But she didn’t care none. They could have been comparing it to the price of beer in Mexico. All she knew was, four months later, her baby boy was walking again.

Now, you’d think any man with Lucky’s history when it came to air travel would have spent the rest of his natural born life with both feet planted firmly on the ground. Or maybe I should say any man besides our Lucky. I don’t think any of us were really all that surprised when, not two weeks after he put his cane away for good, Lucky signed up for flying lessons over at the airfield in Amity. There’d been so much news coverage that none of the schools in town would touch him, which is why he had to go a few miles down the way for it. But he took his lessons and logged his hours and got his pilot’s license. Spent the last of the money from his movie deal on a little used Cessna. It’s still out there in a barn his ma rents from some friend out country, not a scuff on the paint job. Come to think of it, anybody here in the market for a very slightly used single prop should grab hold of Lucky’s ma sometime during the reception. I’m sure she’d—erm, well, uhhum.

Anyway, I was saying how Lucky eventually logged himself a thousand hours in that little plane of his. Local TV came out and covered the flight when he did it. One of the networks even sent a guy to shoot film for a slow news day or something. They made a pretty big deal of it. Interviewed him, did a piece on his life and all. Showed the spot on the ten o’clock news just before the weather. And just after the weather, the same pretty, blonde anchor lady had to report how Lucky had just wrapped his little Mazda around a tree by the on-ramp where the highway meets the freeway. I swear, the look on that woman’s face was the best thing I’ve seen since—uhhum, jeez, I’m sorry guys.

The good news was Lucky’s car got totaled, but Lucky didn’t. He just broke his legs in something like eight places and cracked his pelvis clean in two. But let me tell you, and let me thank y’all again on behalf of Lucky today ‘cause I know he would if he was here to do it himself, this church pulled for that boy like you would not believe. Raised him something like eight grand to help with the hospital bill and all, not to mention the hard praying we all did. And then that fellow from the network—he hadn’t left town yet when Lucky made that oak tree’s close personal acquaintance—well, he got in on the act. Next thing you know, Lucky’s ma is set for life, Presbyterian Hospital has all brand-new gear for their Physical Therapy Ward, and there’s a damn statue of Lucky on the side of the road coming in to the county airfield.

So Lucky’s bones, they knit. And Lucky did his physical therapy again. By now, I guess he was pretty much used to it. It took longer this time, a little more than five months before they even let him look at a pair of crutches. But he worked it hard, the way Lucky would. And they made another movie about him, only this time it was a different network and the star was some washed-up guy from the sitcoms. And a year and a half after that car wreck, Lucky walked out of Presbyterian without so much as a walking stick to lean on. Right through the front doors.

And right into the grill of a delivery truck full of government cheese for the hospital cafeteria. It was doing something like thirty-five or forty coming in through the ambulance route. Lucky was killed instantly.

I guess some guys, they just don’t know when to quit.

Jason Brick writes funny stuff because funny stuff doesn’t need a reason. He lives in Oregon with his wife, sons, cats, spinster aunt and a one-armed physicist. His most recent novel is Coming Home (Book 1 of the Bushido Chronicles). He’s also a barista at The Fictional Cafe. Reach him at brickcommajason@gmail.com