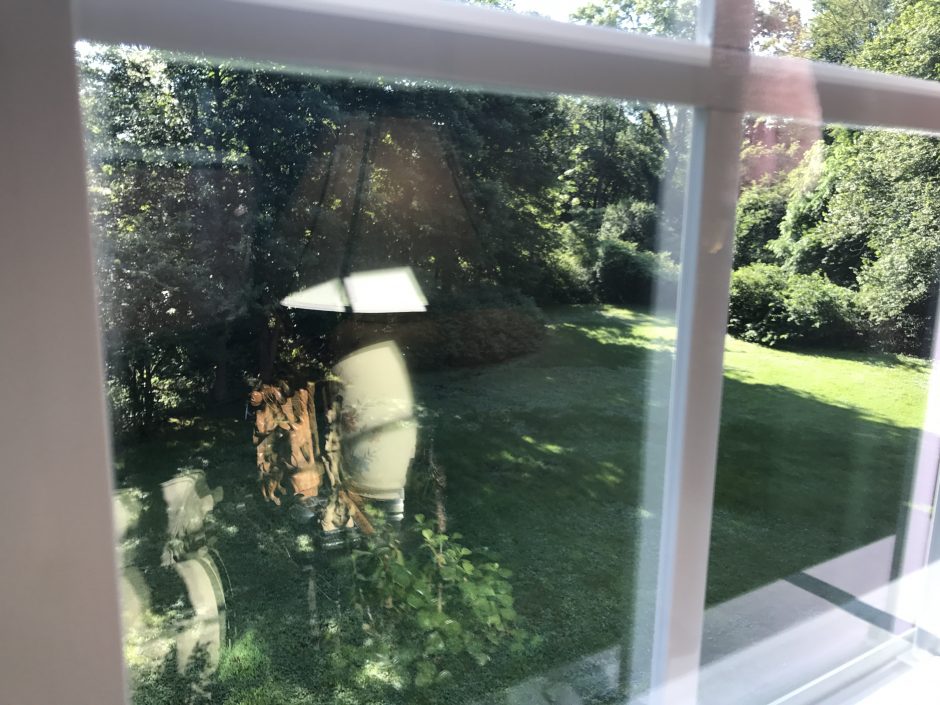 They ran, the four of them, hand in hand. It was the only way they could get from this place to the next. Despair rose in the thicker woods as one became wrapped around a tree, whiplashing the group in the onslaught. But on they ran, recovering themselves, never breaking their grasp to dust off their muddy knees.

The terrain was an endless, mountainous wood. Neverending. But there is nothing more determined to race home than a Howling.

Howlings are almost always children, amorphous in their gender until they make a choice at age 18—if they make it to that rare age—and despite their name they very rarely howl. But when they do, you don’t want to be anywhere near. It is the sound of universes shattering and will consume your eardrums by snaking up from the ground, through your tennis shoes, up your velvety thighs, clawing at your heart and finally your whole mind. If you find yourself in this moment, I can only hope you’ve made your peace with life and kissed your mother recently, because she’s going to miss you, despite the way she looks at you when you go on and on about your dreams.

They are nightmares, tearing through the wood in ceaseless pounding of bare, webbed foot on mud floor. The sun which hangs at half-mast cannot penetrate the dense pine needle thicket that splays overhead, canopying their pursuit.

Home is their goal, their destination, their destiny. But it is a vision to be realized only by the few. For it is not a place, but a dimension. And to slip into it takes precision that can only be achieved with the hurried energy of racing though the woods. The appearance of a window home is so rare that it is the thing of stories told around fire pits by mere mortals whose greatest hope in life is to exist as long as possible. The window from this dimension to the howler’s home is a cruel size, the width of three howlers and no more. Having raced as a quad together for sometimes as long as ten years, one is severed from the group at the last moment before the window closes. It is then, as I have warned you, that you will not be able to hide from the lost howler’s howl of abandonment. Banished because they weren’t able to press past the others into the glory land. The absence of present and future joy is so undeniable that it is said nearly half die of heartache mid-howl. The unlucky whose hearts are too strong are left to wander the woods searching for other lost howlers. As only two pairs can run in search of the window, and only three allowed through it, half of these single leftovers are left behind to die. It can be forever until enough leftovers find each other. And when they do, they are so often so much older and slower than when they began that their bond does not create the required velocity to find the next window.

Having been left behind once, wandering for years, lucking upon enough others to form a quad, chancing enough speed to achieve a second window only to be left behind a second time, Sybiliana, the vortex of our chief story here, howled her last howl. It is said that spirits were broken in a radius a mile wide at the sound.

But the truly remarkable thing was that her own was not. Though grief burnt the wild grasses around her, she was not consumed.

“Never again,” she declared. “Home doesn’t exist for me. I will crush the window if ever it again appears before me.”

And thus her awareness of herself in this world began in earnest. Having lived her entire life with a triad of howlers as constant companions, her aloneness was more real to her than her own breathing. Tiptoeing through the woods at night, Sybiliana noticed the world around her; it was a world she’d spent her whole life trying to escape. She perfected slinking by studying the work of shadows.

The damp leaf floor radiated a scent of life turned to death that was not unwelcome. When Sybiliana stood still, something she’d almost never done before, she learned the bright globe in the sky could actually touch her with a caress interrupted only by trees overhead. And most surprising of all, she heard the voices of non-howlers, voices that said things like the meaning of life was written on the bottom of a well-worn shoe, and love was here; it just hadn’t been carved yet.

Love. The concept shouldn’t belong here. Love was home and home was elsewhere. Except she no longer sought elsewhere. Could she love here? Would it matter if she did?

Sometimes, as the day lengthened into night and the journey-less day became unbearable, she ran and ran and ran, pounding the earth without destination. The rush of air through hair feathers and the warm burn that formed in her squat legs was joy enough. Companionship.

She ran to stay, every so often crossing paths with a quad of howlers running to escape. She knew it was the ultimate defiance to stay. Remaining here, remaining whole had never been done. So of course she couldn’t know that it would create new windows.

One evening, panting mid-stride, sweat running down her scales, she was so overwhelmed by the elation of exertion that she mistook the bright ray of light ahead of her for the sun. Just then it came into focus: a window opened, exactly her size, emanating the golden promise of Home. She tried to stop, grasped at air, but punishing inertia forced her forward. Stumbling over a nest of fallen branches, she screamed NO! but couldn’t stop the inevitable. The window sliced closed, trapping her inside her former destiny.

It is said that the wind in those woods has raged ever since, whipping the sky relentlessly, producing the very strongest of howls. This is all I can do for her.

Christin Rice lives, writes, and drinks coffee in San Francisco, CA. Her day job is in leadership development. Her rescue cats, Scrabble and Clue, have strong opinions and provide editorial assistance by napping on works in progress. Her stories and essays have appeared in Pif Magazine, Prime Number Magazine, Referential, and elsewhere. Her short story “Bring Your Soul To Work Day” was nominated for a Pushcart Prize.