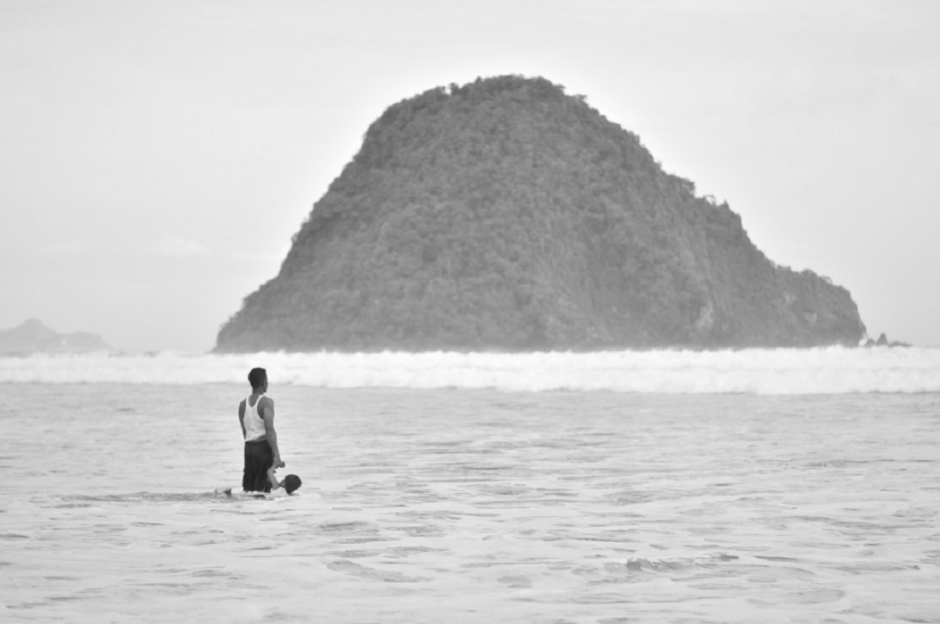 Always say you know what to do when your child cries, you just know, like some parent gene kicks in, the knowledge springs up in your brain like it’s always been there, a priori knowledge.  But that’s a load of bullshit.

Watch a baby fall backwards and drop a chair on herself. You see the chair going but you can’t get there in time to stop it, and you can’t control the gasp that escapes you. You’re not supposed to gasp, have to remain calm so that the child does. And when there’s nothing, nothing, nothing that calms her after the fall—walking, talking, hugging, singing, kissing—you know your love is not strong enough now for anyone, that you are what you are, failure of a parent, and you know this is your life now.

In that way, the powerlessness continues. From the December day, you cried on the kitchen floor because it was over, the infertility treatment would stop—your husband said so—to the day the adoption agency considered rejecting you to the months and months and offices and lawyers—people—deciding you are fit. People having power over you, just like the yowling almost one-year-old who spits out her food and refuses another spoon even though you know she needs, needs, needs.

Eternal optimist,
I reason that because of the crowd of teeth
in that bottom row
it won’t be noticeable
if just one goes missing.

I also reason
(in sleep, mind you)
that a trip to the dentist
about the aforementioned tooth
would afford me an opportunity
to get my daughter’s dental form
signed for school.

The loss a convenience really.

We don’t make eye contact
when we speak. In fact,
I can’t ever remember looking
into my mother’s eyes, only away,
each person playing a song
no one else hears.
Things are no different this day.
She’s called me to go around my dad.
She needs a tire changed,
will my husband do it?
Quickly? Before he returns?
By the time we get there,
the air sparks with silent anger.
Moments later my mother and I
stand near the car,
shiver in the cold, unneeded.
My husband changes the tire
while we stare at the apple tree,
splitting at its base.
It’s no good, she says.
It will have to come down.
This summer, she adds.
When she asks if we can help
with the tire, I tell her no.
He has his methods.
And because I am her daughter,
I know what she’s thinking:
my daughter is weak,
cowers behind her husband.
But she doesn’t know
what I’m thinking,
what I’ve learned without her:
sometimes you need to let
someone else fix the thing

Crickets still.
Despite.
Even though.

And the rain.
A trickle.
And then.


EVERY EMPTY GLASS IN THE WORLD

My daughter says that before she was alive, she was dead. It’s not said for dramatic effect.  She knows this in her ten-year-old way.

The signs on the church marquee say Pray for the Unborn and I think that maybe this month they don’t need our prayers. It’s the living I’m worried about.

I see them—the blessed pregnant—in the gynecologist’s office, their partners seated next to them, one protective hand over an arm. Or their mothers there, eyes gone soft with a short-lived, teary joy.

But no one is there at 3:00 a.m., black desperation, and screams in inky night, loneliness a living thing, when there is nothing to calm the baby.

I was a snowflake swirling through the universe. I was every empty glass in the world. I was an unfinished thought, a sentence left in an almost empty drawer, a clock without hands.

The unborn don’t ask to be born. We drag them into a weak-lighted world, the washed-out watery gray of tea with too much milk.

The thoughts we bounce our heads against:
the creek low and almost dry, signs saying
no swimming, but they mean it now,
not like the No Pets signs everyone ignored,
the cliff walls braver kids jumped from.
Midnight frustration, parts of us
still hang onto nine-months-ago anger.
It’s easier to lose our footing, to slip
on a patch of ice, arms out to steady
like a sad kind of tightrope walker.

Jennifer Judge is a poet, a professor at King’s College, and coordinator of the Luzerne County Poetry in Transit program. Her poem “81 North” was selected for permanent inclusion in the Jenny Holzer installation For Philadelphia 2018, appearing in the lobby of the Comcast Technology Center.  Her work has also appeared in Rhino, Literary Mama, Blueline, Under the Gum Tree, The Comstock Review, Gyroscope Review, and Rhino, among others. She earned her MFA from Goddard College.