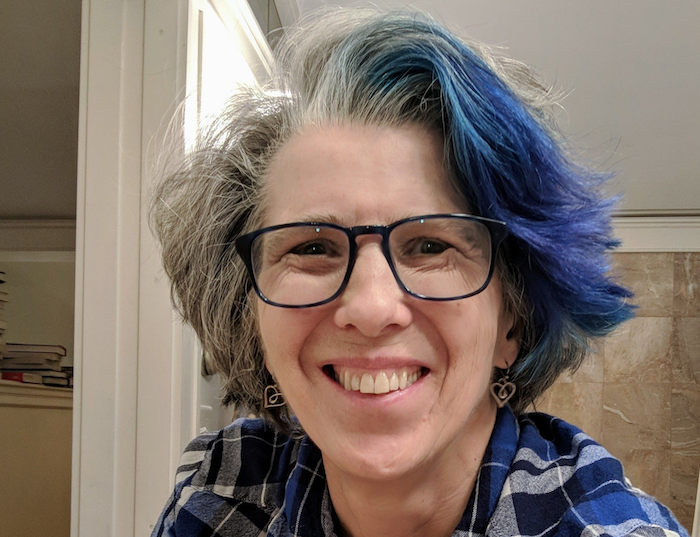 Sometimes you just get lucky. I don’t mean the “good luck!” kind of lucky, I mean the fortunate kind where you do something unanticipated while you’re in a certain time-space continuum and it produces unexpected and quite beneficial results.

That’s what happened to me recently. Charlotte Pierce and I were having coffee at Caffè Nero, chatting about our mutual love of all things publishing. I said something – not sure of the exact words – but it had to do with Fictional Café. Charlotte immediately said how cool FC was and how much she would enjoy being a part of it.

And now she is.

Charlotte has worked in nearly every aspect of the publishing business. Her first position was as a regional editor for Outdoor Empire Publishing in Seattle from 1980-1985. She went on to serve as managing editor for Home Office Computing Magazine (Scholastic) in New York from 1985-1989 before moving to Boston to start Pierce Press, which specializes in alternative education (Peeragogy Books), sustainable travel (DayTripper Books) and children’s titles (Gigglequick Books) with social justice and sustainability themes.

She has served as president of the Independent Publishers of New England [IPNE], an organization of  publishing professionals, authors, and affiliated service companies [e.g. printing, graphic arts, page layout, etc.] who collaborate to help each other learn and succeed in the independent book publishing field. Charlotte remains active in the organization, which is a regional affiliate of the Independent Book Publishers Association [IBPA].

Charlotte is an advocate for the collaborative economy, both inside and outside of IPNE. During her tenure as IPNE president she wrote the editorial, Collaboration Is the New Competition, in the 2015 IPNE Catalog.

Charlotte welcomes inquiries for three live-streaming YouTube shows, Ask the Experts, Face The Book TV (authors & book reviews) and IPNE Office Hours (Q&A for members). She can be frequently be found on Google Hangouts, collaborating like crazy. Her email address is charlotte@piercepress.com