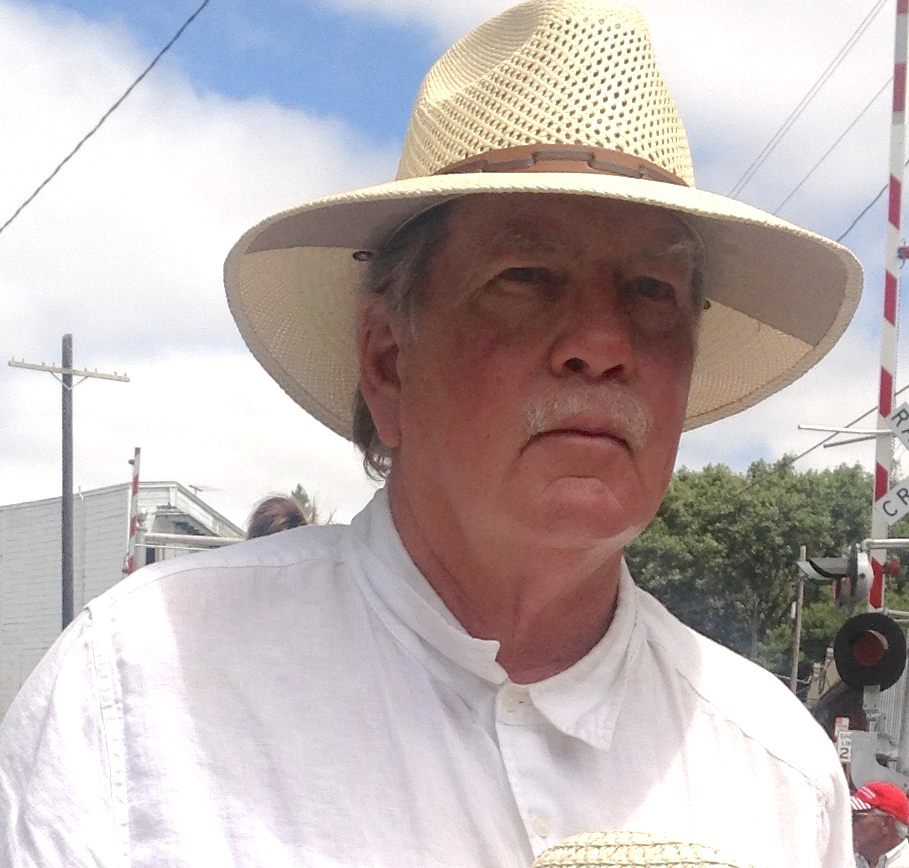 Editor’s note: Michael Larrain is back, gracing the stage here at the funky ole Fictional Café, bringing us the poetry we know we need because that’s where all this came from, the coffee and the poetry and the blues and those long-forgotten smoky bistros filled with beautiful women and cowboy poets and coffee, always the coffee, the jet fuel Jack Kerouac sucked down as fast as his ma could make pot after pot while he wrote On the Road with her Scotch-taping the sheets of paper together and then Michael, our very own Michael Larrain, writing poetry on the Kesey-like boat’s canvas sails, poetry-cum-novels, and reading his stories for darling daughter Catherine The Rage of Paris Larrain, and narrating Jack’s Brady novella with such a voice, and now a new poem.

So you see why we’re understandably happy he’s back, and hope you will be, too.

They tortured me until I told them your measurements.

admitting to my bewilderment

over the actuality of your beauty.

They threw me into a holding cell

where I was compelled to think about holding you.

Tossed me into solitary with nothing for company

but the sliver of soap I managed to scrounge

from the shower at the motel

where once we rolled and tumbled.

They confiscated my passport

and advised me not to leave town

until gravity fell on its ass

and the sun declined to go down.

They had me shadowed by a shadow of my former self.

I was pulled over by a physicist

and charged with breaking the laws of physics

merely by describing you with my hands.

They hammered out an extradition treaty with heaven,

brought my dear departed back from the beyond,

and wouldn’t allow me to see them!

Visiting hours were over

the way that you are over me,

They were always over.

They were never not over.

These people were starting to get on my nerves.

So I collected the laughter of the dead

(all of it directed at the folly of the living)

in thermoses designed for this very purpose.

I scattered the laughter around in flowerbeds,

in riverbeds, in beds made out of cardboard

in doorways out of the wind, in unmade beds

and the beds of those who made the beds,

in board rooms and tide pools,

in luxury hotels and the hovels of the destitute,

tycoons and the indigent alike,

at first into states and territories,

whose boundaries were flowing water,

eventually into the old neighborhoods

where everything you needed

a breakfast joint with corned-beef hash.

collapsed, the mint shut down, no money

was ever printed again. Willie Sutton

and Scrooge McDuck became the best of friends.

And the dead continued cracking up, whirlwinds of

Without the promise of monetary gain,

the abuse of power fell into disuse.

Birds nested in all the best corner offices.

When you whistled up a cab, you gave

the driver an apple to take you across town.

The dead laughed until they wept, and their

tears were said to inspire the most

glorious roses. It was a definite improvement.

Prisoners walked right past their visitors. I should

have been happy. But I couldn’t stop reciting your

measurements, as though they were

the combination to the safe where forgetfulness is kept.

I decided to write a country song called

The Thermos Never Was Designed

That Could Get You out of my Mind.

It was pretty funny when I thought about it.

Entirely through my own efforts

I had been reduced to torturing myself.

Previous post“Legend of the Treasure” Novel Excerpt by Mike Squatrito
Previous postMickie’s Back! Welcome to the First Podcast of Season 2
Posting....