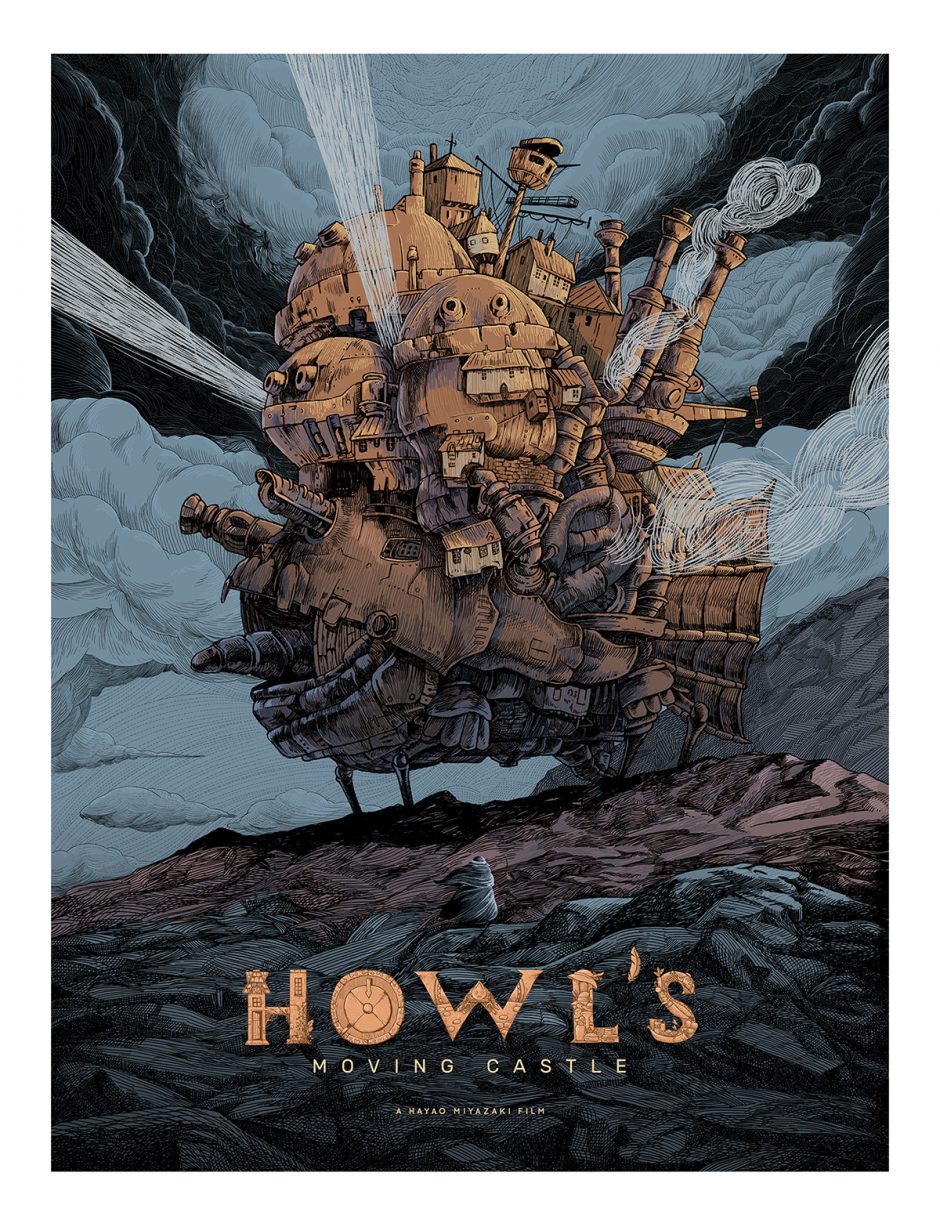 Welcome back Fictional Café Listeners, it’s time for our second audiobook for Audiobook Month! I’d like to share with you a personal favorite, “Howl’s Moving Castle” by Diana Wynne Jones, read by Jenny Sterling.

Many of you may be familiar with Hayao Miyazaki’s 2004 film adaptation of this book, but I prefer the narrative version, as Diana is able to create a story that is beautiful in its detail and wonderful in its world-building.

Sophie has the great misfortune of being the eldest of three daughters, destined to fail miserably should she ever leave home to seek her fate. But when she unwittingly attracts the ire of the Witch of the Waste, Sophie finds herself under a horrid spell that transforms her into an old lady. Her only chance at breaking it lies in the ever-moving castle in the hills: the Wizard Howl’s castle. To untangle the enchantment, Sophie must handle the heartless Howl, strike a bargain with a fire demon, and meet the Witch of the Waste head-on. Along the way, she discovers that there’s far more to Howl—and herself—than first meets the eye.

Howl’s Moving Castle is a fantasy novel by British author Diana Wynne Jones, first published in 1986 by Greenwillow Books of New York. It was a runner-up for the annual Boston Globe-Horn Book Award and it won the  Phoenix Award twenty years later, recognising its rise from relative obscurity.

I hope you enjoy “How’s Moving Castle” by Diana Wynne Jones as the last book for Audiobook Month. If you wish to read more of the Howl’s Moving Castle series, check out Castle in the Air and The House of Many Ways on Audible and YouTube. And as always, if you didn’t enjoy this audio adventure, The Fictional Café has a new post every other week on our Audio Arts Page at 7PM Eastern time. So don’t change that dial!