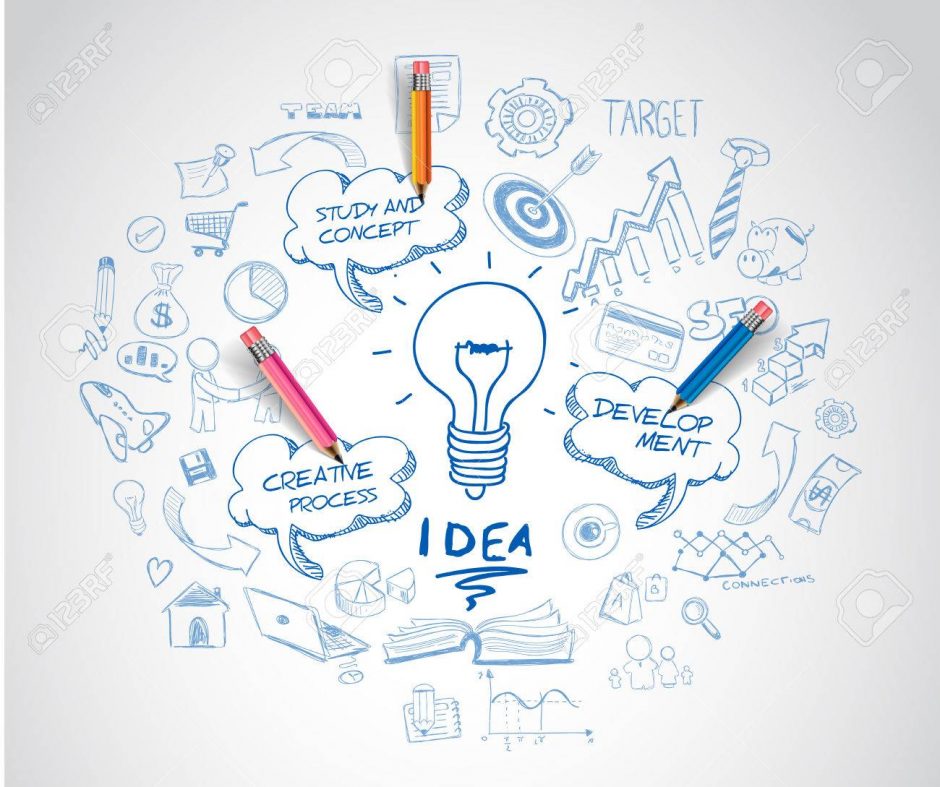 Editor’s Note: Richard Bach dedicates this short story to all the authors who fear that their characters are taking over and dictating their narrative. This is the story of one such author fighting to regain control.

HOW I LOST CONTROL AND FOUND TRANQUILITY

I opened the window to let out the lingering fragrance of cannabis and the lingering perfume of the young woman who turned and blew me a kiss as she walked down my driveway to the Uber waiting at the street. It had been a recreational evening and I hated to see her go, but I resolved to get back to work. Nights are best for me. I’m at my most imaginative, most creative, most productive, after dark.

But I hadn’t possessed any of those talents of late, and I hoped that tonight’s romantic interlude would get me back on track. The fifth book in my romantic thriller series wasn’t going well and my editor was getting cranky. ‘Tonight,’ I told myself. ‘Tonight you will sit down at your desk and you will write and the words will flow and you will have recaptured your touch.’ Those words of encouragement were the chorus of a closed loop in my head as I opened my laptop, booted up, and clicked on the email icon.

The first message that popped up was from an address I didn’t recognize: queries@local12.org; and with a puzzling subject line: Character Assassination. The text presented a petition allegedly written on behalf of the characters in the first four books of my series. I didn’t realize it at the time, but that email was the first salvo in the conflict to come. My left brain said it was a joke to be deleted. My right brain said, ‘Not so fast.’ Given that my right brain usually guides my writing, I read the petition one more time.

“When in the course of writing his novels the Author has egregiously ignored the needs of his Characters, we, the aforesaid Characters, must respectfully petition for redress of our grievances:

Obviously, the petitioners had read my books, but I was still convinced that the whole thing was someone’s idea of a clever joke. If not, it was time for a session with Dr. Epstein. I vowed to ignore the petition and get back to writing.

Not a chance. Whoever sent me the message wouldn’t let me work. Every time I typed the name of my protagonist, my Word Program would close and send me to a new URL demanding a response to the petition. The demands became successively more strident and threatening–threats to ruin my writing career: typos; improper grammar; spelling mistakes; one-star reviews on Amazon; denigrating emails to my publisher. I should have been worried but I wasn’t–yet.

I changed the name of my protagonist. Didn’t help. I tried to write in PDF. No luck. I set a macro for my protagonist’s name but it didn’t take them long to get around that. I used the computers at the local library but even that didn’t work after a day. An old biddy of a librarian demanded that I leave and threatened to call 911 when I expressed my exasperation more vehemently than appropriate. And for the first time, I felt a crack in my resolution. ‘Could it be real?’

I knew it couldn’t, but I figured it wouldn’t hurt to put it to the test. I opened my email program and typed a reply to their first message: “Okay, what do you want?”

The response was almost instantaneous. “We wish to offer some input into your stories.”

“No way!” I typed. “You came from my head … my head! You’ll go where I tell you to go and you’ll say the words I tell you to say. You’re creatures of my mind, and that’s all you’ll ever be.”

They typed back: “Okay, if that’s the way you want it,” My screen went blank and I had to reboot twice to get back on-line. But I couldn’t let them win. I started writing in longhand on yellow pads, sending the almost illegible pages off to a typist to be keyboarded and returned for editing. I thought it was over when I didn’t hear anything for a week.

A week–and they were back. “This is your last chance,” said the message. “Give us liberty, or give us death.”

That was silly. I could kill them off as easily as I kill off the bad guys in my novels, but then I’d have to start a whole new series. In any event I was not about to let my characters tell me how to write. I said so–in no uncertain terms.

“Have it your way,” they answered. “You may now use your computer.” The screen again went blank but this time my PC turned itself back on and rebooted in about thirty seconds.

I was bordering on belief but still suspicious. I opened my novel and typed the original name of my protagonist a dozen times without interruption.  So far, so good. I skimmed through

the first nine chapters–which was as far as I had gotten before the petition–and nothing was amiss.

I breathed a sigh of relief and typed ‘CHAPTER 10’. From then on, nothing. No words, no plot, no dialogue. Nothing flowed from my brain to my keyboard. My head was screaming ‘WRITER’S BLOCK’ and my fingers were frozen.

I stood up, walked around the block a couple of times, and tried again. I went to the gym for a long workout. That didn’t help. An overnighter with my favorite stewardess didn’t ease my apprehension. Even a couple of joints got me nowhere. After a week of no production and constant calls from my editor demanding the latest pages, I capitulated.

I surrendered. Gave them everything they asked for. Everything and more. “Okay. You win,” I typed. “You take the whole damn thing. You go ahead and finish the book. You write the dialogue and describe the settings and direct the plot.” I wasn’t concerned. Even if my characters were really on strike, I knew they wouldn’t be able to pull it off. There was no way they could write my novel.

Boy, was I wrong. I had to admit that the first few paragraphs that appeared on my laptop screen were not bad. The first-person narrator had a feel for my vocabulary, grammar and syntax. He picked up where I had left off but subtly transformed my characters. My protagonist became taller and more handsome, the sex was described more graphically, and the bad guys were more despicable. My editor went orgasmic at each new chapter.

I sat back and let them do the hard work. It even gave me some time to work on some short stories I had started years ago. Then the plot of the novel veered off in a different direction. My editor loved it. I didn’t. I hated the new antagonists and the way their dastardly plot would be foiled. And I hated losing control.

Dr. Epstein rolled her eyes before favoring me with her standard lecture. “Arnold, I’ve told you this before. You’re suffering from severe anxiety. You’re afraid your next book won’t be as good as the first four, and you’ll be washed up. It’s only worry. Remember the last time?”

She shook her head. “Listen to me, Arnold. You are writing this book. You’ve created this fantasy. Your characters are you. You as you would envision yourself.” Dr. Epstein sighed. “I know this is a cliché, but it’s all in your head and you’ve got to quit worrying so much. Go relax on some tropical island with a good-looking blonde. These hallucinations will vanish by the

time you get home. Now go.” She waved me towards the door. “And remember to take your meds.”

My shrink was only half-right. The tranquil tropical island and the blonde were relaxing and stress relieving, but nothing had changed. By the time I dropped the blonde off at her place and drove home, the book was finished. My publisher was thrilled.

And my writer’s block was gone–except when it came to my series. Short stories and blog posts and letters to the editor were permitted, but I couldn’t take my book back. I needn’t have worried–they had already started on the sixth volume.

It was a huge success–best-seller, lots of prizes–made me into a literary icon and made me lots of money. So as the words poured out of my computer, writing the seventh, eighth and ninth books, and as the royalties came rolling in, I could–for the first time in my life–sit back and enjoy undisturbed peace and tranquility.

And the nurses here are very nice. 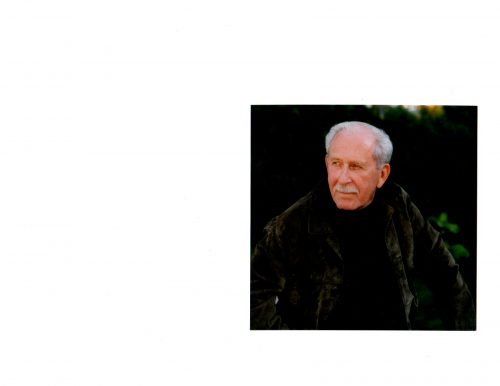 Richard David Bach began writing fiction when he retired after thirty years of practicing environmental law in the Pacific Northwest. He is the author of the self-published Common Denominator romantic-thriller series. The four installments are available as e-books on his website, Amazon, and other vendors.