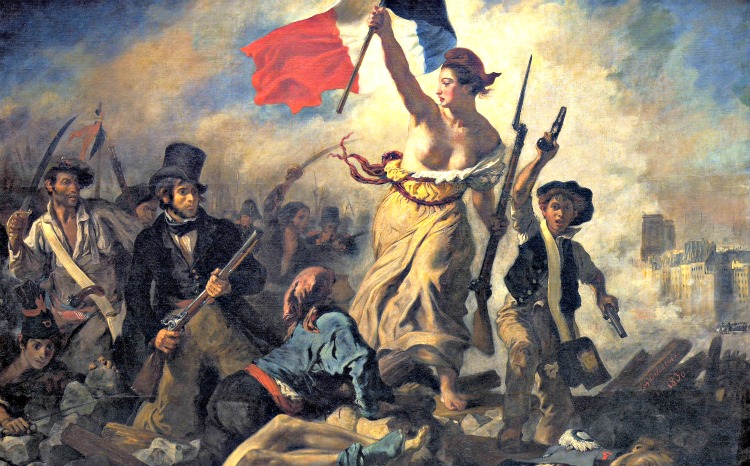 Haeleigh was an angry flannel sheet. Until The March of Linen, she fussed and fumed, shedding copious amounts of lint and feigning an inability to have neatly matching corners. As per hospital squares, forget it. Such precision wasn’t going to happen as long as the laundry service repeatedly overstarched her.

That company was cheap. It didn’t steam clothes, but washed them in tepid water. Plus, rather than apply industrial soap, that business used questionable surfactant compounds purchased through Third World middlemen. To boot, that service, which reprehensibly ran mixed loads of darks and lights, caused Haeleigh and many of her kin to become splotched with pink or grey. Additionally, that slipshod cleaner batched together orders from multiple clients, thereby sending some of Haeleigh’s nearest and dearest to foreign addresses.

It was rumored that Haeleigh’s brother, Herbert, resided in a veterinary clinic. It was whispered that her second cousin once removed, Hilary, served on an ocean liner destined for The Baltic Sea. No one knew what happened to Haeleigh’s Mom, Hildegard.

Complicating matters was the fact that the persons in charge of Haeleigh and her associates misconstrued what was going on. They failed to realize that their cupboards had gotten repopulated with strangers, including: a gruff tablecloth, which formerly served in a highfalutin restaurant, a young pillowcase, which preferred the severe wear and tear and excitement concomitant to helping young children to being repurposed in a college dorm, and an unpaired athletic sock, which was beside itself with loss and loneliness.

Eventually, Haeleigh confided her distress to Martha, a dishrag. The flannel sheet spoke of missing the linen closet’s former occupants. Martha retorted that she had heard from a placemat, who had heard from an oven glove, who, in turn, had heard from an apron, which was employed in a government kitchen, that the poor treatment their kind was experiencing was not limited to Haeleigh’s or to Martha’s cohorts.

A protest was organized. That demonstration sought to assure table runners, curtains, bedspreads, napkins, doilies, and all other fabrics that they would receive proper laundering and correct sorting.

Rebellion was dangerous, thought Haeleigh. She had learned from a blanket, whose acquaintance she had enjoyed for more than twenty spin cycles, that a related case of civil disobedience had resulted in all of the participating linens being sold to and then shredded by a scraps dealer. It seemed that the masters mistook the rhetoric of social movements for outright coup d’états and that they tolerated no such political engineering.

Even so, Haeleigh signed up for the march. She hoped that her actions and Martha’s would aid manufactured piece goods.

Unfortunately, on the day of the rally, a counter-protest was staged by select members of the household products community. Ironing boards, dish drains, light bulbs and their pugnacious friends confronted the linens. Violent ensued.

Few activists escaped unscathed. Strachítsas and tea towels were pummeled by lawn chairs and mirrors. Placemats and handkerchiefs were punctured by can openers and flatware. Many fabrics were lost to an inferno lit by the counter-protestors. Much later, a space heater, which had masterminded the counter-coup, in cohorts with a baking dish, was arrested for the death and destruction of those peaceful would-be marchers.

Haeleigh never heard of that apprehension, though; she, Martha, and surviving wash clothes and aprons were packed in large plastic bags and shipped to the malevolent laundry service. There, the linens were laid one per shelf. They had been put in isolation. Their diplomacy had not forestalled their ruin, but had exacerbated it.

Since rejecting their social role was objectionable to even the least significant of the bedskirts; linens live to serve, they knew no other means to shake up the administration. Adults and offspring continued to get disconnected when being folded, and lovers continued to be torn from each other when loaded onto delivery trucks.

Haeleigh, Martha, and the rest of their band were tortured. Their keepers refused to whisk water away from their bodies and prohibited them access to anything like drying racks. Those companions were left in soggy, cold heaps. That brutalization continued, unabated, for a long time.

That gruesome reality got communicated. In connellites, the world over, cloth life wept over being doomed to perish under status quo strictures for washing and separating. It seemed as though there was nothing more the linens could do. It was unconscionable for lower class persons to ignore the circumstances of their kind, and it was inconceivable for them to organize a militia. So, no new insurgencies were produced and none of the prisoners were liberated.

Fortunately, a few weeks into Haeleigh and her friends’ incarceration, some of the linens tasked with delivering nourishment to their fellow inmates intervened. The marchers’ cause had gained legitimacy among fabric denizens and had even limited support from other household goods. The prisoners ought not to be blamed that their idea of how to consolidate and transfer social power had failed.

Surreptitiously, those linens in charge of the food carts guided the wannabe rebels communication with survivors of other uprisings. The prison held all sorts of captured folks.

Educating the linens among the prison population, who were insanely young, that is, who were still possessed of their full thread count, about the world beyond the laundry service, became Haeleigh and Martha’s new mission. Those immature fabrics would be in their prime upon their release, and could be bidden to organize future demonstrations and other expressions of the linens’ nascent social movement.

Accordingly, bribes were paid and many underground activities took place. The leaders tried to relieve those juveniles of some of their suffering. Concurrently, Haeleigh applied charming words to the young detainees. Martha made soft suggestions to them. The youth eagerly embraced the older lines; most of them had been very young when parted from their families.

While educating the younger others, Haeleigh and Martha, and the rest of their peers, continued to be subjected to unjust punishments. Their treatment was so bad that Haeleigh cowered every time she faced the smirking stepladder that worked as the holding facility’s deputy warden.

That tool was brazen about the delight he felt when punishing her. His favorite trick was to stretch her, in front of the other prisoners, over the barbed fence that surrounded the laundry service’s grounds. One afternoon, after he had besmeared her with all manner of foul liquid, and refused to cease his frenzied laughter, Haeleigh broke.

It had been many spin cycles since the flannel sheet had practiced tahtib, but she risked alliances with paperclips and bobby pins (left in the jail after being pulled from lint baskets). Together, they would strive to vivisect the deputy warden and to aid other impounded linens in similarly breaking their keepers.

Subsequently, whenever she could sneak off to the folding tables, Haeleigh taught asa to tea towels and speed and violence to table runners. In the presoak room, she showed pillow cases the secrets of “horse stepping.” Word went around about the prison’s new martial arts master.

Over time, elder area rugs and drapes, which had long been concealed in backroom closets, and which were scratchy with lint and in need of repair from moth holes, sought Haeleigh. They were disinterested in codified systems of combat practice, but had heard that Haeleigh was also a reliable source for validation, hugs, and others forms of consolations. Their experiences with the sheet proved the rumors correct.

More and more, the humming of those crones filled Haeleigh’s weft and warp. The flannel sheet had to fight with herself to aid Martha’s ongoing efforts at enlightening the youngest prisoners. It was so much easier to champion the extremely damaged linens. When those tattered inmates cooed her attributes, Haeleigh’s basting stitches went slack and her breathing slowed. She found herself filled with gratitude in place of anger.

It followed that Haeleigh’s downfall was rooted in her relationship with those elderly internees. Those captives, who lacked the convictions of her cohorts and who lacked the idealism of the youngest convicts, had been jailed for so long that they could no longer think clearly. Whereas they adored Haeleigh, they had no reverence for life. Power was their idol and cruelty was one of its acceptable messengers.

Those threadbare old ones enjoyed speaking with Haeleigh about escape, but believed such ends were impossible. They had long since been compromised by the deputy warden’s evil machinations. They willingly named Haeleigh as a dangerous upstart.

The flannel sheet was taken to a clothing shredder employed by the industrious rag picker who paced outside of the linen service’s doors. The warden collected a bonus. The oldest prisoners returned to their psychoses. The younger ones clung even more desperately to Martha.

It was a long while before any linens again attempted an uprising. 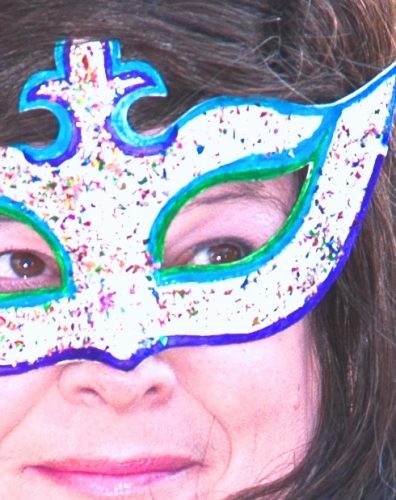 KJ Hannah Greenberg delights in words. Sometime after the Mesozoic Era, she became a Rhetoric Professor. Two decades and four kids later, Hannah relocated to “the other side of the world.” There, Hannah dusted off her keyboard, invited back her muse, and began to churn out more smoothies, vegetable soup, and creative works than might be considered proper for a middle-aged mom. After getting cozy with her keyboard, she’s seen more than two dozen of her books published.