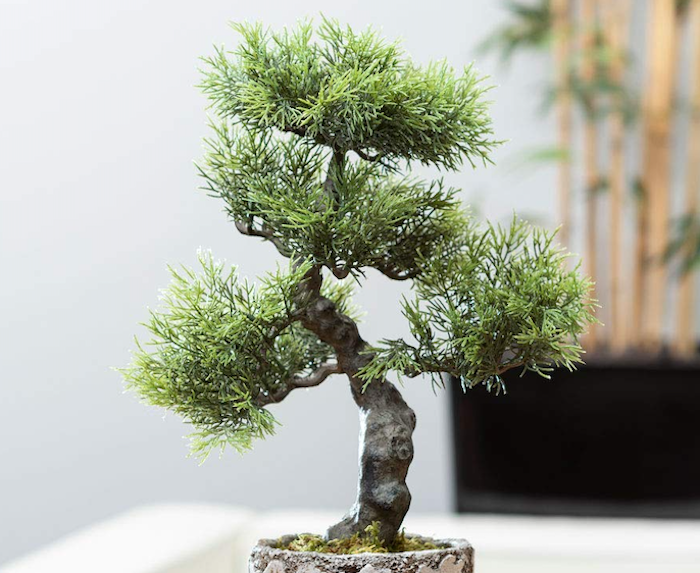 The door to Carol’s bedroom swung shut behind her with a bang. The late-afternoon light streaming in through her window highlighted every wrinkle and mote of dust that had accumulated on her pantsuit over the course of her walk home from work, but she wouldn’t be dealing with that now. She had come to a decision. It was one that she had been slowly working her way towards not just since she’d woken up that morning, or since the week had begun, but for one full calendar month — and it wasn’t a February either. It was one of the respectable months.

“Okay, listen,” she said to the figure sitting on top of the table beside her bed. “I didn’t know all this would happen between us. But it did, and I love you, and I know you know that. You’re everything to me. And when I fell in love with you I didn’t even know I was capable of falling in love. I thought I was, I told myself I was, but you can’t know, can you, until it’s already happened. And so I said it out loud that first time, and it was right, or it felt right.”

Unconsciously, Carol began to pace back and forth before the foot of their bed. “Maybe — who knows — maybe this isn’t really love, the way childhood crushes weren’t really love. But I hope that the thirty-year-old me, and the fifty-year-old me, and all of the other older, wiser versions of myself will be able to look at you with their own new-and-improved ideas about what love is and still say ‘I love you.’ Because you’re somehow exactly who I want to love.”

The houseplant said nothing in response. But then, it rarely did.

Carol smiled at it fondly, at this beautiful specimen of Chinese evergreen with its long, variegated leaves. Then she cringed. That, of course, hadn’t been the hard part. The hard part — the decision — was to say the rest.

“Listen. I’m saying all this now because I did something I think I shouldn’t have. I didn’t want you to be mad, but I love you, and I can’t keep hiding this.”

“I let the kitchen become infested with ants.”

The houseplant made no reply.

“Or, I didn’t ‘let’ the kitchen become infested. I deliberately invited the ants to infest our kitchen. I infested the kitchen with ants.”

She looked for some sign of rage, shock, anything — but there was nothing at all. Flustered, she began to ramble.

“I’ve always wanted ants. I couldn’t tell you why, but I just knew somehow that I belonged with them, or that they belonged with me, but I didn’t know how to make that happen. But then, a month ago, I accidentally dropped a muffin on the ground in the break room, and Francine — you remember Francine? I think I’ve mentioned her. With that really high-pitched, nasal voice? Anyways, I dropped the muffin, and Francine pursed her lips like the little bitch she is and squawked out ‘Do you want ants? Because that’s how you get ants!’ I couldn’t believe it. That’s all there was to it, and no one had ever bothered to tell me before! I picked up the muffin because naturally, I didn’t want ants there, at work; I wanted them at home, with me. So I stole some more muffins from the break room, and when I got back, I set them around on the kitchen floor. I wasn’t sure what you’d think of all that, so I kept the bedroom door closed.

“Then, on the third day, they came. All those little scurrying legs, streaming over the muffins, each ant with a crumb held up into the air as if in gratitude — it was the most beautiful thing I had ever seen. But I still didn’t tell you, maybe because I was guilty that I’d succeeded. I hadn’t even told you I was trying.” Carol looked down, then, avoiding the houseplant’s gaze.

After a moment, she continued. “When the ants polished off the first muffins, I kept feeding them. And I started putting newspaper down underneath the food so that it wouldn’t get the linoleum dirty. And every day more and more ants came, and I spent more and more time sitting on the kitchen floor, watching them. Sometimes I’d read aloud from the newspapers I’d set down underneath the food. That was where I really went wrong.

“At first I didn’t notice, and then I couldn’t believe it, but two weeks in or so I had to admit to myself that the ants had learned to read. Maybe they heard me talking and saw me looking at the newspapers and made the connection — who knows? But one day I came back from work and saw two tiny newsprint words on the floor, one right next to the other, with rough edges like they’d been torn out. They just said, ‘thank’ and ‘large.’ ‘Thank, Large.’ It was a touching sentiment, despite the grammar. So I found a pencil and a loose sheet of paper and wrote out a response: ‘No problem. Will get more muffins tomorrow. Do you guys prefer blueberry or chocolate chip?’

“I set the note on the ground and then a group of ants converged on it. Some of them pulled over a sheet of newspaper for comparison. This went on for about half an hour until finally one of the ants chewed out a question mark from the end of a headline and dragged it to my feet. I almost stepped on the little thing, I was so insulted. My handwriting isn’t that bad! But anyways, once I calmed down, I realized that I’d have to go to the library to type up a message and print it out. So I picked up the handwritten note and left, then came back a while later with the typed-up version, which they had no trouble with. The verdict was blueberry.

“But then they put together another message from the newspaper. It said ‘large bring more muffins ten at least.’ Can you imagine? You hand out a couple of muffins and then they think they own you!”

Still, the houseplant looked on silently.

Carol hesitated before she spoke again. “I … I squished some of them, then. Killed them. Just the ones that had brought over the second note. They say ‘don’t shoot the messenger,’ but … I was so angry.” Tears glistened in her eyes. “I can’t take that back. I can’t bring them back.”

Collecting herself with a deep breath, she continued. “I went back to the library and typed up another note: I wanted them to show some respect, I wanted them to carry their weight around here — maybe do the dishes — and I explained that I am a woman, so if they want to call me by my relative size they should really be calling me ‘Largesse.’ Plus I bought them a donut, one with rainbow sprinkles. I promised I’d never do something like that again.

“And … it worked. The ants figured out how to wash the dishes, and do our laundry, and clean the bathroom, and I brought them more and more food, and their population grew, and they composed epic poems praising my generosity, and I oversaw their funeral rituals so that the ones that passed away would travel peacefully to the next life — which is just the trash can in the bathroom, but don’t tell them that. Some of them are already getting existential crises when they think about how small they are relative to the universe and we can’t possibly afford therapy for all of them — anyways, before I knew it, I found that I loved them.

“Not romantically!” Carol clarified before the houseplant could object. “It’s more of a general love like an artist loves their paintings, or a ruler loves their subjects, or a deity loves their worshippers. But recently … ” She sighed, her expression growing forlorn.

“Recently, they’ve been cooking our meals too, and some of them have really taken to it, and now they want to go to culinary school! And I just can’t let them go! I need them here, with me! And I don’t know what to do about it anymore. I need your help. I need you.”

“Bitch, you’re crazy,” the houseplant said at last. It laughed warmly. “But that’s exactly why I married you.”

Carol felt tears of relief spill out onto her cheeks and picked up the houseplant’s pot, holding it tightly to her chest.

It spoke softly into her ear. “No matter what you’ve gotten yourself into, I’m here for you. We’ll figure this out, and we’ll face those ants together. As a family.”

Montgomery Tufts is a writer of absurdism and high fantasy with an interest in exploring familial relationships and Queer experiences. They have worked as an Assistant Editor in Fiction for Silk Road Review: A Literary Crossroads and in Spanish-to-English translation. Tufts has won 2nd place for creative nonfiction and 1st place for poetry in the writing contest held annually by P.L.U.M.: Pacific’s Literary Undergraduate Magazine. They graduated from Pacific University with a B.A. in Creative Writing and Spanish in 2021 and currently reside in Champaign County, IL, where they work for a non-profit that serves their local LGBTQ+ community. This is their first piece on The Fictional Cafe.