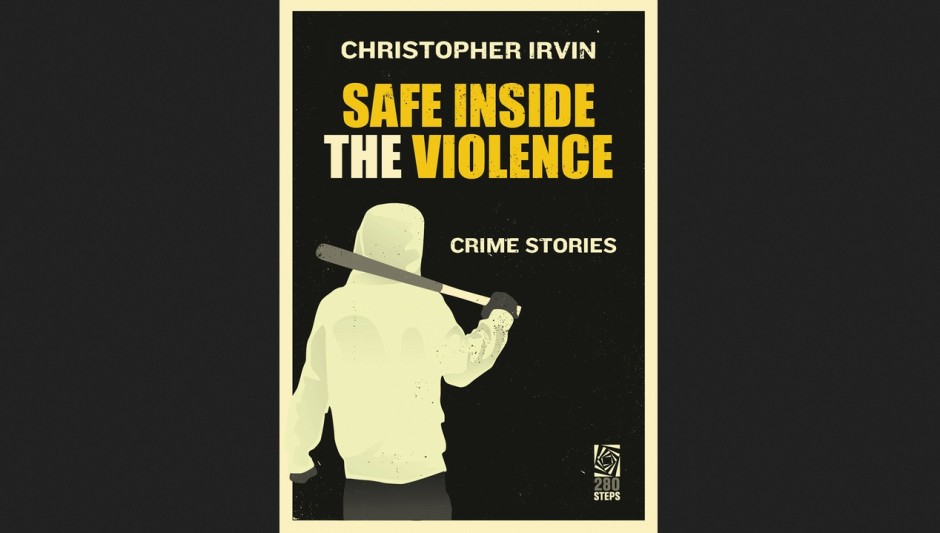 Safe Inside the Violence is 13 short stories about the everyday conflicts that push the common man to act in ways he never thought he would.

I must admit, this is the kind of writing that I personally enjoy the most. First off, it is character-driven. Irvin knows the importance of building well-defined, realistic characters, as his stories all share this trait. Second, the situations are right out of everyday life: a man walking to the grocery store in a snow storm, a confrontation with noisy neighbors, a garbage man finding something valuable in the trash. Irvin digs through modern-day life to uncover an engaging story each time. Now, I enjoy a spell-casting adventure as much as the next person, but for me it doesn’t get any better than when a writer really captures the plight of the common man.

I’ll talk about two of his stories here. The first one, “Lupe’s Lemon Elixir,” involves two cleaning women – one old, one young – who take a job that turns out to be more than they bargained for. I was on the edge of my seat the entire story, thinking that right around the corner something bad was going to happen to them. The greatest part of the story is the twist ending that had me holding my breath. Throughout, we get to look at life through the eyes of a cleaning person. We are all familiar with this profession, but how much do we really know about what they go through? From parking issues to timing appointments to secret recipes for getting out tough stains, “Lupe’s Lemon Elixir” is a ride-along story that showed me just how exciting cleaning someone’s house could be. Now if only I could make my own cleaning so enthralling.

My favorite story was “Beyond the Sea,” which follows a single-parent mother and her young son, Bobby, at the seaside. Part of it hit home for me, having worked with kids and families for years, but it went deeper than that. Irvin really captured the essence of what it is like to be a little boy: his reactions, his thoughts, his naïveté, his hamburger with no cheese, only ketchup.

Irvin’s stories lead the reader without feeling heavy-handed. In the first paragraph, after just three sentences, we get the sense that Bobby should be pitied, that we are not going to get the archetype of a mom and that the family is not very well off. He doesn’t explicitly say any of this, but we infer it from the details.

At one point, Bobby finds a conch while beach-combing. I really felt his excitement after finding it and his utter devastation when his mother destroyed it. It was as if the boy himself was being tossed aside, that he was that pain-in-the-ass thing that made his mother angry enough to dash to pieces. This sequence of events was so simple, yet so powerful, as we clearly see the fragility of this nine-year-old boy.

One great detail that really drove home the characterization that had been building throughout the story was when Bobby wets the bed. The symbolism of this action, which to me is indicative of a child who’s been through trauma, highlighted Bobby’s skittish, brittle psyche. I especially liked that this detail was not integral to the plot or wrapping up the story. It’s one of those bonus layers that take a story from good to great.

Irvin also nailed the single-parent mother/child dynamic, which is a constant push and pull of emotions: her anger over having to support a family alone, the boiling over onto the child and the subsequent make-up moments in which the mom feels like she’s just the worst person; that motherly instinct kicks in as the anger subsides and she begins to be that nurturer who wants to protect and show love for her child.

A final praise for Irvin’s collection is the length of the stories. Flash fiction can sometimes feel too short. Other short stories seem like they are creeping up on novella territory. I don’t have many gripes with the short stories of F. Scott Fitzgerald, but on occasion, I feel like his stories go on longer than I’d like. I’ll give Scott the benefit of the doubt and chalk it up to the Millennial pseudo-ADD. For me, Irvin’s stories ended right on time.

Overall, a great collection of literary crime fiction. Check out this and his other books on Amazon.