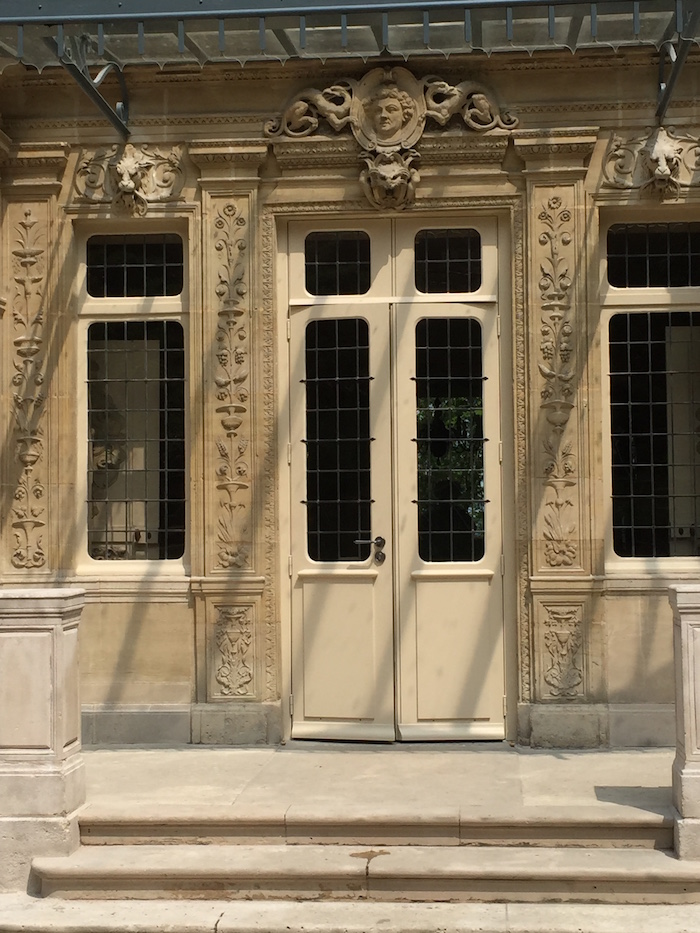 “I confess that the sensation attaching to the name of an absent person bedazzled me. I became ambitious of this glory of making people talk about me places where I was not.”

Paris, 13 Mai, 2016. In France, a country that reveres its authors, Alexandre Dumas is considered a national treasure. He was a prolific writer, most notably for stage plays, novels, and travel nonfiction. He is said to have written 100,000 words, an estimate which, given that he penned some 400 works, must certainly be a low estimate. Dumas was also a man who lived large and loved every moment of his life, which speaks to his character and a subject of equal or greater interest: Le Chateau de Monte-Cristo. [You might enjoy watching this short video, although it’s in French.]

With that in mind, and knowing I was returning after two and a half years to see his fabled Chateau de Monte-Cristo, I bought a biography of Dumas written by an English biographer, Michael Ross, published in 1980. Oddly, biographies of Dumas do not abound, at least not in English. I was less than enthralled by the book, perhaps because I felt Ross didn’t much care for Dumas père [Dumas’ son, Alexandre Dumas fils, was a well known writer as well, famed for his stage play, Camille]. If you would like to know more about Dumas’s life, I recommend you read the first review of the Ross biography on Amazon. It’s an excellent summation.

So I set out, retracing my route via train, bus and foot to Dumas’ grand chateau. After reading Ross’ biography, one is at first struck with sadness that Dumas, by virtue of his extravagant lifestyle, was only able to afford living there for a few years, and that he died twenty years later penniless. But wait, I said to myself. Isn’t all of this life transient at best? Would it have been a richer experience for this man of many interests, many pleasures, many friends and a profound love of la vie Parisienne, to have lived there any longer? He had his fun. And who among us will not pass from this life penniless? 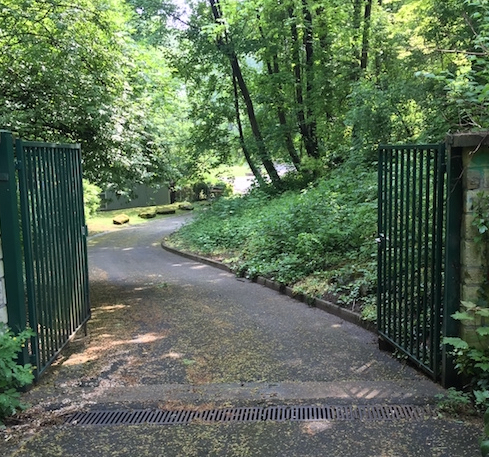 It was a beautiful day and as I walked the last few hundred yards up the steep path to the chateau, I noticed it was about 12:30. Oh-oh, I thought, and when I reached the gate and sign, my fears were confirmed: in French fashion, the chateau was closed each day for the apres-midi meal and rest. So I strolled the peaceful lawns outside the gated estate until they reopened, then walked down the path through the formal gardens to that which I had longed to see for nearly three years. 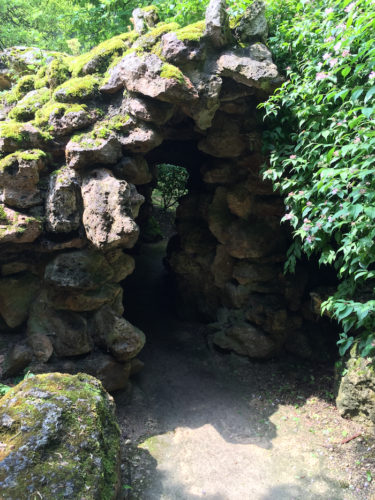 Dumas had this grotto, or cave, built to pass through on the path to the chateau

It was everything I could hope for. Outside, the attention to detail, in particular in the frescoes, friezes and stonework, were beautiful, rich with symbolism, all a product of Dumas’ imagination and architectural specifications, from the ancient Greek and Roman poets Homer and Virgil to Dante and Shakespeare to his friend Lamartine and, of course, himself. Dumas, upon being told by his architect Hippolyte Durand that the house would cost hundreds of thousands of francs, is reputed to have said, “I certainly hope so!” 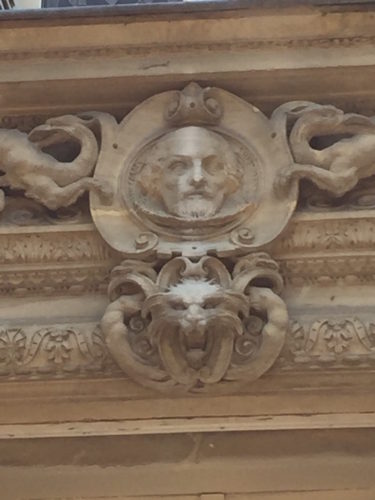 Inside, the halls were festooned with drawings, paintings, statues and artifacts of Dumas. His novels and other works were on display, bound in beautiful red leather, in glass bookcases. It would have been even more wonderful to see the house as it was for Dumas, but every stick of furniture was sold when he went bankrupt in 1848. No matter: the house was an endless party for the previous two years he lived there. Tales are told: Dumas and his friends enjoyed it immensely.

Of note is the Moorish Room, inspired by a visit Dumas made to Algeria in 1846. He became intoxicated with Moorish art and design and commissioned Hadjii Younis and his son Mohammad to recreate a Moorish salon in the Chateau de Monte-Cristo, replete with complex geometric arabesques and a domed ceiling that takes one’s breath away. Sadly, no photography is permitted within the chateau. 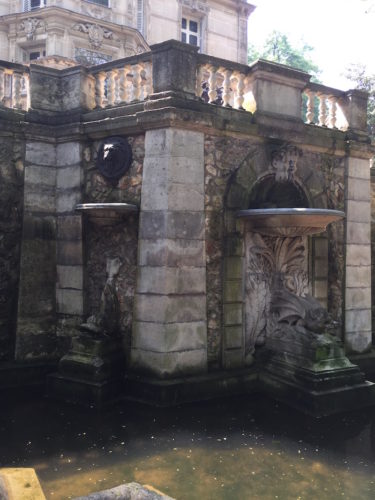 The other disappointment was not being able to tour the Chateau d’If, Dumas’s writing studio, which sits across a running stream and manicured gardens from the house, surrounded by its own moat. It is in some ways a miniature of the larger chateau, yet distinct in and of itself. It is currently under reconstruction, hidden behind great shrouds, and will be completed this winter. Honestly, the larger purpose for my visit was to see where the man worked, but it was not to be. So I will write about it upon a subsequent visit. 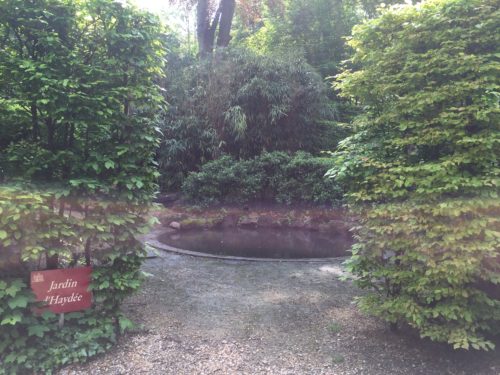 There are many jardins on the property; this one was named for a favorite composer, Franz Joseph Hayden

Coming soon: Dumas the Novelist, Troisieme Partie. Jack is the Fictional Cafe’s founding barista. He spent six weeks in May and June in France writing Anarchy, the third novel in his Nathaniel Hawthorne Flowers trilogy. To learn more about the first two, Wild Blue Yonder and Madrone, please go to his Amazon home page.