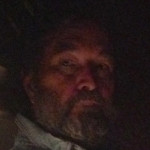 David Bond is a multi-talented man who loves to work with wood, machines, systems. He restored his 37-foot Egg Harbor wooden cabin cruiser, which he named Blues Breaker, pretty much from the keel up. He’s sailed his craft all over the Northern and Southern Atlantic waters from his home port in Wickford, Rhode Island. He spent seven solo months on the Intracoastal Waterway, sailing south all the way to the Florida Keys and back. Over the course of the past ten years, David has snapped around 11,000 photographs, a sampling of which we reproduce here accompanied by David’s commentary.

Please click on the images for a larger view. 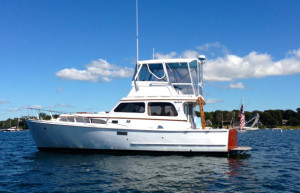 David Bond’s 1957 Egg Harbor yacht, the Blues Breaker, which he has restored. 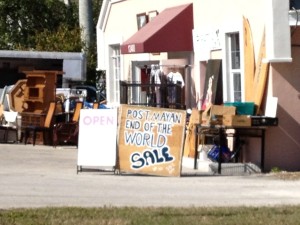 “A bizarre junk shop full of moldy old records and furniture unfit for use in Cortez, Florida, an equally bizarre little fishing community south of Tampa.” 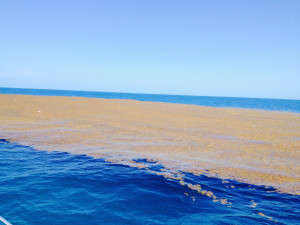 “What is the ocean unbounded by a shore? The Sargasso Sea, off the eastern coast of the US. The wheat-colored Sargassum weed is the only thing that grows here.” 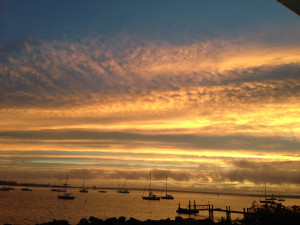 “Sunset at Wickford Harbor, Rhode Island, where the Blues Breaker is docked.” 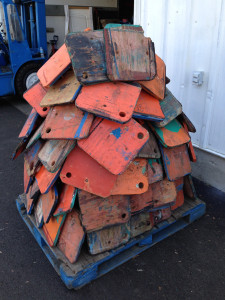 “Poppits are used to shim boats on tripods when they are in drydock. I thought this poppit tree at my home anchorage was ingenious and creative storage.” 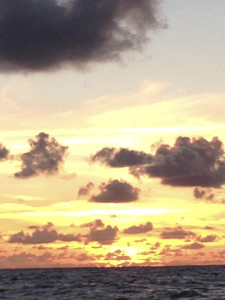 “We were sailing south through the Bermuda Triangle, about 800 miles from land, when this incredible sight occurred.

“Looking east we saw the sun rising [photo above].

“Turning to face west, we saw the moon rising at the same time [photo below].” 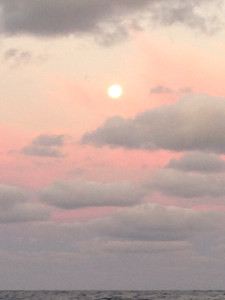 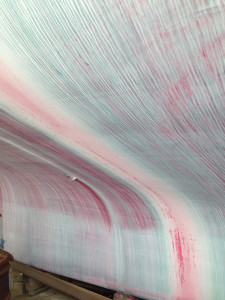 “The hull of a 50-foot fiberglass sailboat in my harbor. The effect of sitting in a fresh-water mooring, unmoved, for 18 years.” 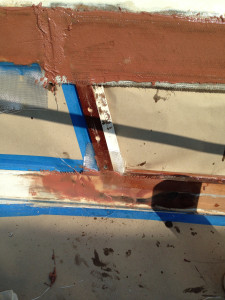 “I was repairing some superstructure on the Blues Breaker. When I pulled back to take a look, I thought it looked like an abstract art construction.” 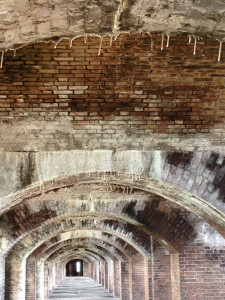 “An interior view of Fort Jefferson, an unfinished fortress in the Dry Tortugas of Florida. The largest masonry structure in the Americas – over 16 million bricks. It was never fired upon.” 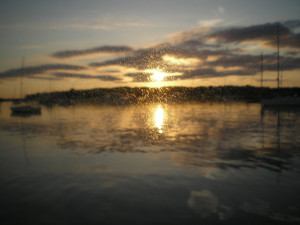 “It was raining and I was in the cabin, looking out through the plastic port, when I captured this golden showers sunset.”

“They that go down to the sea in ships,

That do business in great waters;

These see the works of the Lord,

And his wonders in the deep.”