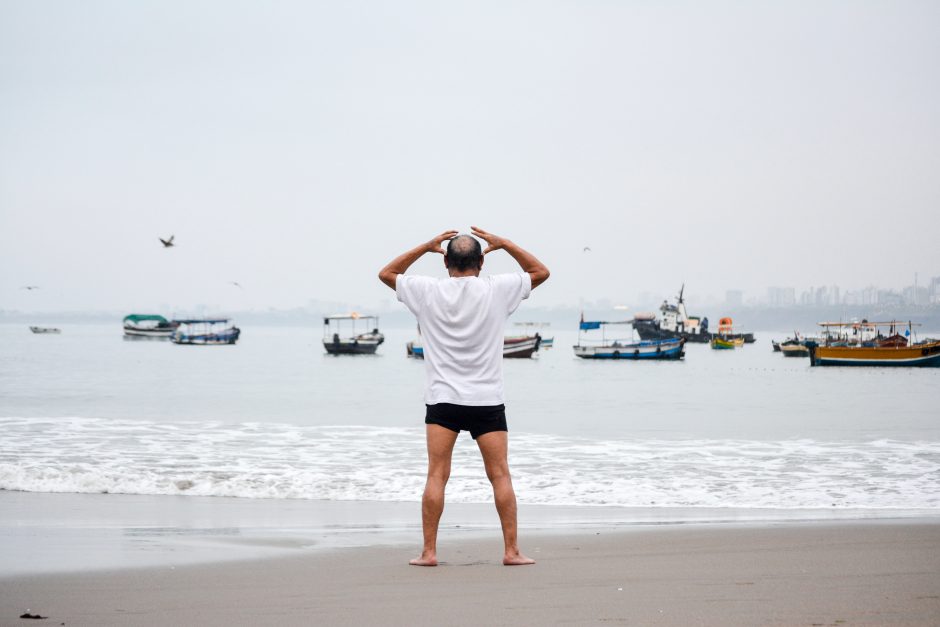 “Have you no sense of humor?” Sylvia says. Earlier in the evening, she had jokingly referred to Henry—who suffers from male-pattern baldness—as “Cue Ball” in front of their friends at the Eagle Cove Yachting Club.

Now Henry is sulking. He might have been a good sport about it, but Henry, an engineer having a keen intelligence for machines, has none for humans, especially Silvia. He reasons, falsely, that if only he could grow hair, he would escape his wife’s withering remarks.

So, Henry sees his family doctor. The doctor writes him a prescription for Propecia.

By now we’ve all seen the ads on television for the newly FDA-approved medication. A soft lulling music plays while a voice-over—as consoling as a funeral counselor—reads a list of possible contraindications: drowsiness, burning, tingling sensations, difficult bowel movements, seizures, and on and on with the tag line, “If you experience these symptoms or death, contact your doctor.”

Why, we might wonder, would Henry even allow his doctor to fob off a medicine that, while promising to restore him to his former virile good looks, has as a possible side effect of impotence? That his trust is misplaced is borne out a short while after he begins taking Propecia. Not only does he not grow hair, Henry—who even in his fifties has been a frisky lover to Sylvia these past three decades—suddenly suffers erectile dysfunction. He’s flaccid as a windsock on a becalmed day.

He immediately goes off Propecia, to no effect. He gives up smoking—his wife and he saw that program on 60 Minutes suggesting smoking causes impotence. He gives up his antidepressant—causes impotence. He gives up his Scotch—causes impotence. Henry is inconsolable. With little else to amuse himself, he takes to boarding his 24-foot yacht, revving up the slant-six, twin inboard Chrysler engines. The dauntless sea captain, he stands at the helm in his yellow slickers and rain cap, his booted feet planted wide on the quarterdeck against the pitch and yaw of the Sylvan Slipper, which, he imagines, plows through the roiling storm. Imagines, because it is late winter. The Sylvan Slipper is battened to its trailer in his backyard.

Now, when he and his wife attend functions at the yachting club, he makes the most outrageous statements. “Our youth suffers from a permanent state of tumescence,” he complains. He deplores the body-piercings, tattoos, the bejeweled slag that hangs like gaudy chandeliers from ears, lips, nose, tongues, and other unmentionable places; the hip huggers and low riders, the six-pack abs, and elastic tube tops of inadequate tensile strength to contain their bosomy load.

He blurts out, “Burkas.”

He harangues his wife when he comes upon her watching her daytime soaps. “Get a little culture,” he complains. “Watch the Discovery Channel.”

Sylvia counters by leaving the Cosmo article on the dinette, opened to the “Is Your Mate Romantic?” article. “Is he adequately risqué?” one question asks. “Does he make love to you in the vale just off the tenth green, on that mole-gray leather settee in his executive suite, under a blanket in first class as you cruise over Luxembourg at 40,000 feet?” Another asks. “Does his love-making show an inventive use of household appliances, items from the four food groups?” And another: “Is he conversant in Tantric sex, can he circulate his vital fluids?” Henry is stumped. Out of a possible 200 points, reserved for the “Virile Valentino,” Henry scores a pitiable 35. Sylvia circles “Sexual Slug” with a laundry marker.

All these plunge Henry into a depression as deep as Davy Jones’ locker, which is why he is spending so much time aboard the yacht. He does make one attempt to be a more enterprising sexual partner. He calls Sylvia on the ship-to-shore phone. He breathes heavily, pants, moans. Sylvia doesn’t hear him. Perhaps because he’d throttled his twin Chryslers to full steam ahead. Henry hyperventilates, has an attack of vertigo and falls overboard. Fortunately, his next-door neighbor’s compost heap breaks his fall.

By now, Sylvia has lost patience with Henry. She leaves various concoctions on his bureau: Asian ginseng, gingko, oyster shell pills, wild yam capsules. She urges him to get one of the dozens of pills prescribed for erectile dysfunction. Henry’s seen their ad on television, the middle-aged couple. Giddy as a pubescent teenager, she clings to her beaming mate. Exuding a sort of Cro-Magnon charm, he carries her off to his cave while the voice-over warns the adventurous user to see his doctor if his ticker starts doing a Rumba or he suddenly goes blind.

Finally, Henry swallows his pride and the little blue pill.

Henry does achieve an erection of sorts, though the results are qualified. Far from the beaming pride pictured in the commercial, their sex has all the frisson of a fender bender. Besides which, Henry experiences strange side effects. Suddenly he has uncontrollable bouts of girlish blushing. He develops an allergy to the sun. More strangely, he begins to grow hair. Luxurious, thick, black hair.

Now his wife refers to him as “hairball.” “You look ridiculous, Henry,” Sylvia says. “Like Curly of the Three Stooges. Like a hedgehog.” Henry swears off all medication. He and Sylvia are barely talking to each other.

Henry has resigned himself to a monk-like existence when a serendipitous turn of events changes his fate. He reads in the morning paper where a new tanning formula is being tested at their local teaching hospital. Henry thinks that a George Hamilton tan certainly couldn’t hurt, and it might make him look more dashing in his seafaring white ducks; perhaps even raise him up in his wife’s esteem. Melatan 4, unlike those tanning applications that give you the appearance of having slathered on lightweight motor oil with a basting brush, is taken orally. It works directly on the endodermal skin pigmentation.

A secondary effect of the drug is not noticed until Henry is into the second week of the regimen. He and his wife are returning from Sunday Service. Silvia is wearing an apricot sheath dress with a slit up the side that affords Henry a momentary glimpse of pale thigh against a lacy silk slip. Henry’s arousal is instantaneous and of such intensity that he causes the Lexus’s air bags to deploy. Sylvia and Henry beat a path to the bedroom. Silvia is jubilant. That evening she pops the cork on a bottle of Chateau-Charbonneau, serves up braised quail with celery, one of Henry’s favorites—but not before they’ve worn the nap off the rug.

Henry, his hair coifed, gloriously tanned, is a changed man. He is like a pubescent teenager, a sailor on shore leave, a tom liberated from the pound. He’s probing Sylvia’s gams under the linen at the club dining room, frisking her at the blood bank where she volunteers, spooning against her in elevators. Cloaked in his black ninja outfit he stalks her in her sewing room, jumps her while she trims the azalea bush, piles on her while she watches her favorite TV program, Trauma Center: Life in the ER.

Henry has graduated, his erectile dysfunction, what Sylvia slyly referred to as his “continuing E.D.,” a thing of the past.

Sylvia too, in the few months that follow, goes through radical changes. She develops migraines. She lets her subscription to Cosmo lapse. She forsakes her stylish dresses for the sack-cloth-and-ashes look. Henry will find her cowering among the boxes in the closet under the stairway. She takes to sleeping upright, in the Edwardian chair by their bed, a hatpin the size of a bayonet in her clenched fist.

Finally, battle-worn, her eyes sunken and shadowy with lack of sleep, she seeks refuge in the women’s shelter.

They’re separated now. Sylvia has the house and Henry lives on his yacht, which he’s finally launched. He spends much of his time at the club bar, watching Baywatch reruns. He’s gone back to smoking, scarfs up Scotch like a tug taking water, none of it affects what the doctors refer to as his “erectile hypertrophy.” Or he’s in the cabin of his boat with one of the yachting club babes.

He doesn’t get much sun. He doesn’t need to. With his Melatan 4, he’s perfectly bronzed.

About Len Messineo: Previously published in Shenandoah, Tampa Review, Painted Bride Quarterly, The New Novel Review, The Sun, and other magazines, I am a former recipient of the Hugh Luke Award and my stories have twice been nominated for inclusion in the Pushcart Prize anthology. I teach at Writers and Books of Rochester and head up the Artisan Jazz Trio. This is his first feature on The Fictional Café.