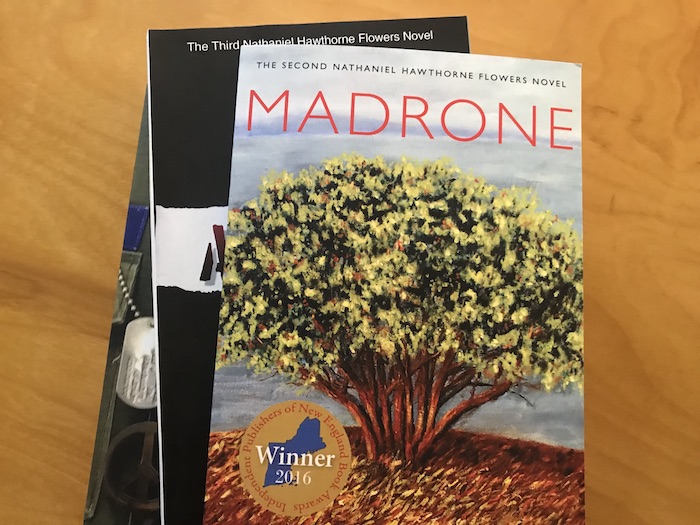 It’s March, 1969. Twenty-five-year-old Nathaniel Hawthorne Flowers, two months out of the military, arrives in California and into the arms of Jane Chandler, the girl he left behind. Jane, now a junior at the University of California, Santa Cruz, wants Nate to join her in the creative writing program, headed by Professor Gerald “Gerry” Iron Moccasin, a Lacota Sioux Indian with a penchant for literary theory.

Nate is thwarted in his application for admission to Santa Cruz by his poor grades from the University of Chicago, giving him cause to rethink his academic career path. Pressured on every side by Gerry, Jane’s father Will, his widowed mother and the button-down American path to success, Nate increasingly questions whether a college degree—even from prestigious UC Santa Cruz—will help him become a writer. He spurns the college route to literary success in favor of learning from reading the world’s great fiction-writers.

Unwillingly, and at first unwittingly, Nate finds himself being groomed by Gerry, who introduces him to Veronica “Ronnie” Sambucello, a beautiful, seductive literary agent in San Francisco. Ronnie wants to see Nate published as badly as Gerry wants him as a student, and Nate begins to understand he’s being played, yet unable to do anything about it.

Meanwhile, his love for Jane takes him into emotional territory as unfamiliar and challenging as his new life as a civilian. He discovers her intellectual and emotional depths in her poetry and their endless conversations, pinky fingers linked in what she calls “be close,” and the passion they share in lovemaking—emotional and spiritual depths only two virgins can know. Sitting within the madrone tree is a spiritual experience for Jane. What can the madrone teach them? Why should Nate heed the words of Edward the Elf, “Don’t find, seek”? Is Gerry his mentor or his mortal enemy? Why are so many life-situations fraught with moral tension? Does the I Ching point the way to right thinking, or should one simply fall in and pursue the American dream? All these questions are resolved in Madrone’s passionate conclusion