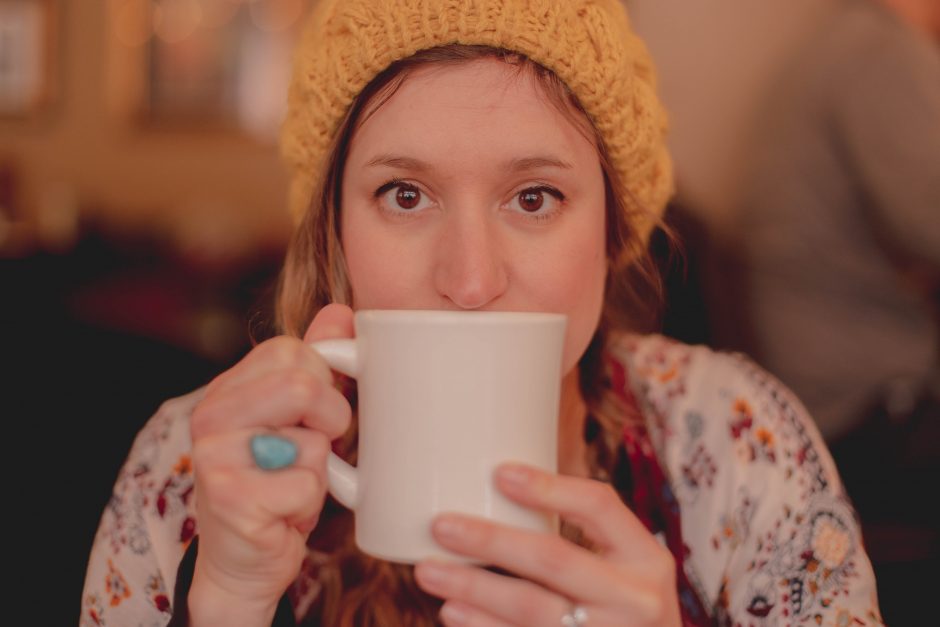 Amid the din of busy Grinders Coffee Shop, silence like the centre of a hurricane enveloped them both. “Could this honestly get any suckier?” Fergus wondered to himself as he grasped his own sweaty, nervous fingers under the table, yanking then releasing them one after the other.

Sitting opposite him was his first meeting date, Willow. She’d said she was 27. She was not only wearing “awkward” like it was her own exclusive fashion label but by this stage had taken to incessant hair-twirling in an effort to get through the dead air and lumbering silences that felt by now to them both as long as a freight train.

Fergus commenced quietly tapping his Ray-Bans on the marble coffee table, being careful not to disturb the two polished silver stir-stick containers that rested in the centre; the same ones he’d positioned and repositioned more than a dozen times.

Like a finger-drumming leopard straining on a leash, he’d been holding back for a nerve-jangling ten minutes the urge to employ what he thought of as his secret weapon when it came to dealing with his so-called “executive functioning issues” brought on by social situations like the one he’d found himself in at this moment.

Horizontal-striped-tie-accompanied-by-vertically-striped-dress-shirt-wearing Fergus could suddenly wait no longer. The silent countdown in his synapse-misfiring head began.

Above the sound of one of the baristas firmly tapping out used grounds from the filter machine and other employees calling out orders, hair-twirling Willow let out a huge breath and finally responded, “If you’re asking me to choose between having super strength and super speed then I’ll take the speed.”

Even with his overriding tendency to take words and their meanings literally, Fergus, whose heavy eyelids always hung at half mast, giving him a sleepy, bored look but who otherwise had the sort of face you forget even while looking at it, could sniff, along with the aromatic scent of espresso, a hint of freshly-ground irony in amongst Willow’s overly-considered “put you on hold” response, given the string of long, uncomfortable pauses that had so far been the hallmark of this, their first meeting.

Licking the foam from her lips after a sip from her spruce Italian cappuccino—a move Fergus interpreted as the equivalent of a fist pump intended to somehow congratulate herself on her very first non-evasive answer to one of his questions—it was now Willow’s turn to act the probing interrogator.

“What’s the last book you read?” she blurted, mentally selecting from her list of pre-researched icebreakers while popping the lid on a plastic bowl filled with vegetables sliced up into spears she had decided to bring for whatever reason from home.

This time it was Willow performing the mental counting ritual. Unbeknownst to both of them, at least at this earliest time, it was a secret they both shared – using a quirky psychological ploy to cope with a world that made each of them feel, to quote Fergus’s own father, “like a piece of pepperoni that had somehow found its way onto a vegetarian pizza.”  Having found each other’s profiles on the dating app SERENDIPITY, whose motto was “Finding Love on the Spectrum,” it was just one of a great many things, as it would turn out, they would come to understand they had in common.

“That’s easy! It was a book published only last year by the renowned, prize-winning Irish author Sy Lent titled CONVERSATIONS AND HOW TO END THEM. It was a pretty gripping read as I recall.” Shifting in his padded seat and finally beginning to feel relaxed enough to take in the fruity aroma from the steaming cup of herbal tea positioned on the table next to theirs, Fergus felt the whole scene turn a corner right before his eyes.

Reading social cues had never been one of his (or her!) strong points but what he next witnessed made him think that maybe, just maybe, one of the tumblers was about to unglue itself and fall into place. Beginning with a slight curve at her mouth’s corner and a light raise of the eyebrow, Fergus watched in fascination and then delight Willow’s not unattractive face gradually spread itself into a wide smile followed by her tossing her head slightly back and proceeding to let out what he could only think to label a small yelp of laughter in response to what he’d just said.

He even thought he’s seen Willow lean in a little, though he checked himself that this may just have been her naturally adjusting her position. It didn’t matter. Somewhere a clock on a wall that had been stopped for a great many years had begun to tick again. Was this the admittedly clumsy, awkward and ridiculously drawn-out start of a happier, together version of himself and the person who sat opposite him? The same person who’d actually laughed instead of cringed at one of his jokes?

Fergus wasn’t sure but he knew he needed a drink. He stood up, feeling pleased with himself. Like a mountain bear emerging from winter hibernation he completed an impressive, fully purging stretch. With arms swinging side to side as he moved, Fergus walked to the front counter. When he got there, he turned around to see if Willow’s eyes had followed him. They had. In his triumph he hadn’t even bothered to count the steps from the table, as was his regular practice.

Ordering a mocha coconut chiller and at the last second discovering the confidence to specify “with extra caramel drizzle,” Fergus allowed a grin that conveyed secret knowledge to take hold of his face. He thought to himself, “This may just be the start of something delicious.”

Glen Donaldson believes the life of a writer has its prose and cons but the job of an editor is probably more rewording. Things get even more off the chimney on his duel blogs—SCENIC WRITER’S SHACK and LOST IN SPACE FIRESIDE. This is his first feature on The Fictional Café.