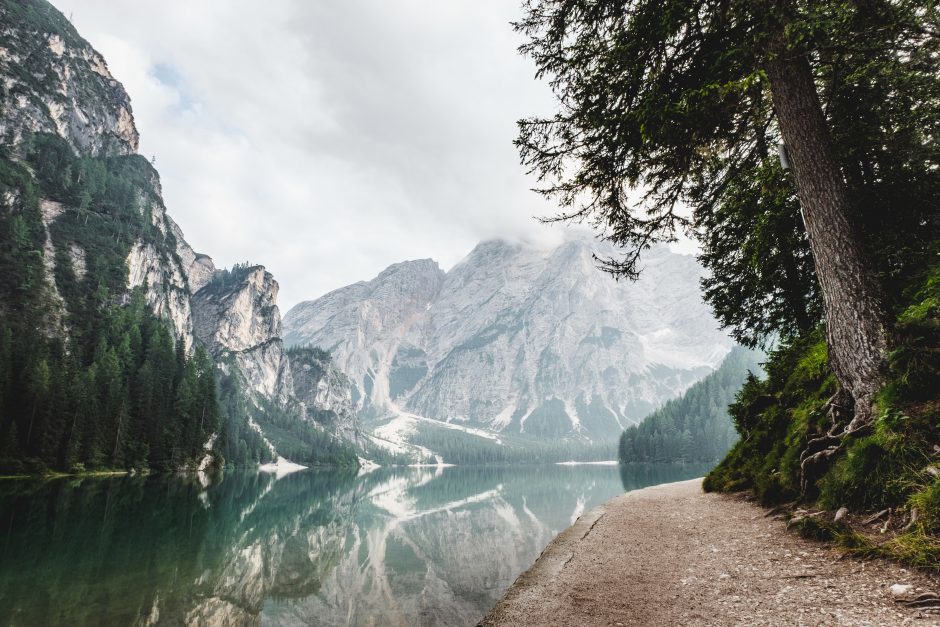 Shelley and Celine were halfway across the Rockies when they passed a sign beside the highway that blinked BLASTING AHEAD in angry orange letters three feet high. Blasting what? She imagined dynamite and geysers of rock cracking holes through the hearts of mountains. This was the Trans-Canada. Weren’t they done with all that in the sixties?

The traffic oozed to a stop at the chin of a long valley. Campers and minivans glittered a mile down the road, around the toe of a cliff, and out of sight. No town, no stores, no houses, no exits. Not even a signalman flashing a STOP / SLOW triangle. They could be waiting a minute or an hour. She shifted to park and turned off the ignition.

The July sun puddled over the fenders. The car smelled of feet and wet clothes. She wriggled her knees away from the scald of the steering wheel and turned to the back seat where Celine’s face glowed in the aura of her tablet. When the autism spiraled her daughter’s anxiety into a barbed coil, the computer games calmed her.

Shelley looked side to side. She pointed to the ditch.

“It’s Mother Nature honey. Clean as it gets.”

After Celine finished and dove back into the car, Shelley opened the rear hatch of the Subaru and rooted through the walled debris of luggage, toys, and junk-food wrappers. Mommy-sized SUVs lined up behind them, tinted windshields glaring down. Shelley felt a stab of guilt and ignored it. She pulled out a camp chair and a sweating ice pack. She settled in the chair, shed her flip-flops and gingerly lay her feet on the ice. The cold sang up her calves and pooled behind her eyes. Better. Much Better.

This was their last chance, which sounded dramatic, but was true. Shelley explained it to Celine, slowly and calmly last night while she packed: We can’t afford to live in Vancouver any longer. Not the rent or the food or the gas, let alone your medications, your therapy, your school. We’re going to Edmonton. I can find work there.

Daddy’s gone away for a while.

Celine keened until midnight, driving her head like a piston into her special pillow bought for that purpose. Shelley’s voice frayed, at the screaming edge of running from the apartment and chucking it all.

Shelley had crossed the Rockies only once, before Celine was born. Keith drove her over the rumpled bone of the continent with a hundred dollars between them, picking up odd jobs along the way, any madness possible. She had leaned against his shoulder unharnessed; her bare feet plopped on the dash like plump mushrooms. They were going to see his family in Regina to tell them the good news, a baby on the way. That night they slept in the car and in the morning made love on the beach of a lake cradled by mountains.

He made up a word she thought was only for the two of them: wildering. They were wildering through the Rockies, down lost trails, through gorges, across rivers of a bluish-green too pure and gorgeous to be real. Keith explained that the turquoise colour came from glacier melt, water that hadn’t flowed since humans learned to walk. Keith was very good at beginnings then, his specialty. It was only after Celine’s diagnosis, after he moved East and left Shelley with mail-in cheques, that she checked the dictionary. Wildering. Archaic. To lead astray.

Celine clambered carefully down from the car and squirmed into Shelley’s lap like an abandoned puppy. So unusual for someone who did not like to be touched, whose skin is a sacred shrine to textural purity. Insect sounds zig-zagged through the grass on the other side of the road.

The rumble gargled in the air. Shelley remembered that lovely, dirty thrum from Keith’s motorcycle phase, two cylinders percolating in a V-twin box.

A Harley Fat Boy glided down the gravel shoulder, passing all the vehicles, an obscene, chrome-sinewed beast of a machine with spoke rims and a gleaming chopper fork. The rider wore a brain bucket snugged tight on his head and a leather vest over biceps tattooed with eagles and flags and dragons. His beard was Santa-white. As the bike wheeled slowly around them he glanced down at Shelley in her fold-up chair, at her Walmart blouse and shorts, pale legs and pink, blistered toes. He was old and ugly, a vast, leathered whale. He stared them all down, the whole parade of vacationers and truckers and commuters, in a lane of his own. Shelley stared back.

The Harley growled around the bend and disappeared. The road went silent again. Five minutes later brake lights flashed. The distant hum of engines drifted up to them.

“Are we supposed to go?” Celine asked.

The car behind them started. Questions prickled the nape of her neck. What was that woman doing? Was she asleep?

“You don’t really want to go to Edmonton, do you?”

Someone leaned on a horn. Then a series of horns bleating up the highway, worried about being late, about not getting ahead, about being left behind, held hostage by a stupid woman sitting in a camp chair on the road.

“What do you think, honey?”

“What should we do?”

Celine’s forehead crinkled, concentrating. “I’d buy a motorcycle. Then I’d just ride away, like him.”

Shelley tilted her head back and laughed. The sky was infinitely, splendidly cerulean in all directions. But once you got tired of mountains, there was nothing else to see. She kissed Celine on the cheek, a big, lipstick print of love, and hugged her. Celine broke free, running to the safety of the car.

Yes, she said to the sky. I want a motorcycle too.

Brian Moore lives in Toronto, Canada where he worked as a project manager. He is previously published in Every Day Fiction, Gravel, and Blank Spaces. This is his first feature on the Fictional Café.