Posted by Jack B. Rochester in Guest Posts 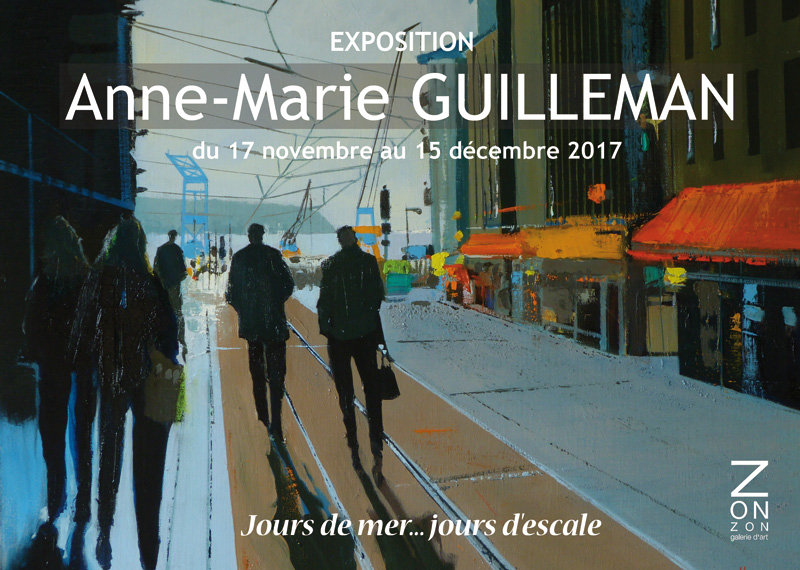 If you just happen to be in the city of Brest, France this week, you’ll want to visit Galerie ZonZon, at 50 rue Emile Zola. You’ll be greeted by the gallery’s lovely owner, Daniele Maguet, and shown the work of Anne-Marie Guilleman hanging on the gallery walls. Although Anne-Marie’s paintings tend to depict subjects near or on the water – after all, she calls Normandy, on the northern coast of France, home – there is a je ne sais quoi about her expression, not only in the scenes but also in the people she depicts. She calls this, “marines nocturnes.” Here is a sampling.

Please click on the work for a full-screen view. 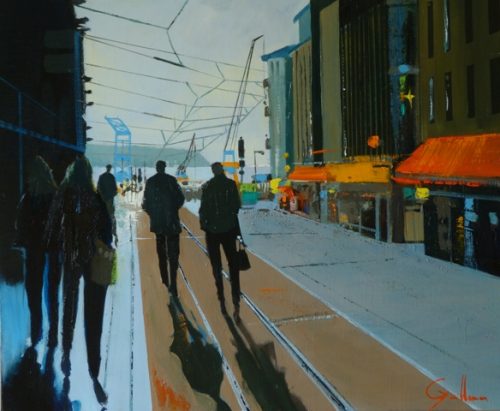 (in the city of) Brest and beyond

Evening lights under a Manhattan bridge 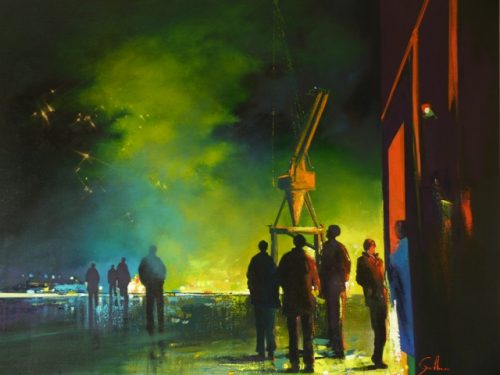 End of the film

The Puddle Fjord in the city of Bergen, Norway 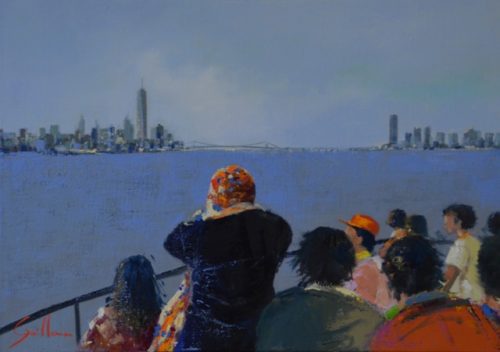 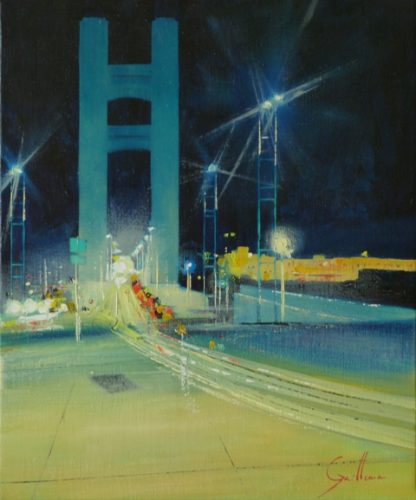 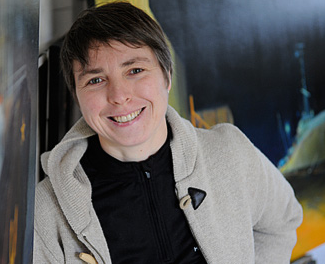 Born in Normandy in 1969, Anne-Marie Guilleman was a student of painter Michel LECLERC. She graduated from ESTIENNE and DUPERRE National Schools of Applied Arts in Paris and from the European Foundation of the Image and Sound Professions, Decoration section, in Paris (Palais de Tokyo). She worked as a cinematographer in 1994 to 2003.

Back in Normandy, she has since dedicated herself to the work of painting exclusively.

Artist’s Statement: “Nurtured by wandering and navigations, my pictorial world essentially transposes maritime atmospheres, whether on the coast, with sea workers, aboard old rigs, trawlers, cargo ships or ships of the French Navy. on which I board regularly. I draw my inspiration from human encounters, I take notes in the form of sketches and especially let me impregnate the emotions felt in order to re-transcribe them in the studio. “